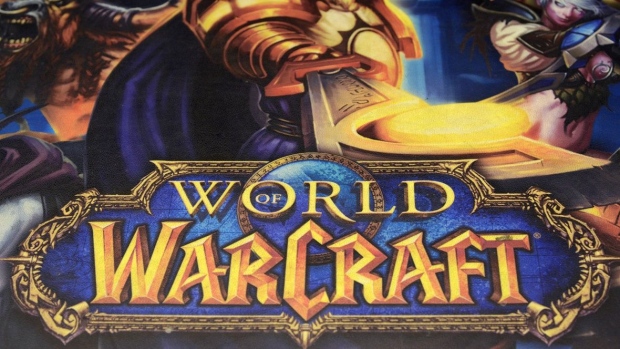 An advertisement for the ''World of Warcraft'' game, produced by Activision Blizzard Inc., a video-game publishing unit of Vivendi SA, is displayed at a store in Paris. , Photographer: Fabrice Dimier/Bloomberg

(Bloomberg) -- Activision Blizzard Inc. and NetEase Inc. have torpedoed a World of Warcraft smartphone game that had been in development for three years, raising questions about one of the industry’s most lucrative business relationships.

NetEase has disbanded a team of more than 100 developers tasked with creating content for the title, only some of whom were offered internal transfers, people familiar with the matter said. The two companies disagreed over terms and ultimately called a halt to the project, which had been kept under wraps, a person familiar with the deal said, asking to not be identified discussing private information.

The decision casts uncertainty over Blizzard’s partnership with China’s No. 2 gaming giant, which affords the US studio a valuable window into the world’s biggest mobile market. Hangzhou-based NetEase publishes World of Warcraft and other Blizzard franchises in the country and is also a co-creator of the recently released Diablo Immortal, which is on track to become a commercial success despite criticism about its in-game purchases.

The now-canceled title, code-named Neptune, was envisioned as a massively multiplayer online role-playing game set in the same universe as World of Warcraft. It wouldn’t be a direct translation of the popular online game but a spinoff, set during a different time period. A spokesperson for NetEase declined to comment. An Activision Blizzard spokesperson had no comment.

Activision Blizzard’s foray into mobile was one of the driving factors behind Microsoft Corp.’s $69 billion acquisition of the US gaming powerhouse, which has faced allegations of sexism. In May, the Blizzard subsidiary unveiled an upcoming mobile game set in the Warcraft universe -- a strategy title called Warcraft Arclight Rumble that resembles Supercell Oy’s popular Clash Royale.

Yet Blizzard’s mobile initiatives have not all been successful. The company also canceled another Warcraft-based project, an augmented-reality game similar to Pokémon GO, Bloomberg News has reported. That game, code-named Orbis, had been in development for more than four years.

World of Warcraft was released in 2004 and remains one of the biggest cash cows for Activision Blizzard and NetEase, which has been the game’s Chinese distributor since 2009. Its next expansion, Dragonflight, is planned for release later this year.

Chinese game developers have shown themselves adept at making global mobile hits such as PUBG Mobile, AFK Arena and Genshin Impact. Tencent Holdings Ltd., NetEase’s much bigger rival, has adapted the Call of Duty franchise for mobile in partnership with the main Activision division of the corporation.