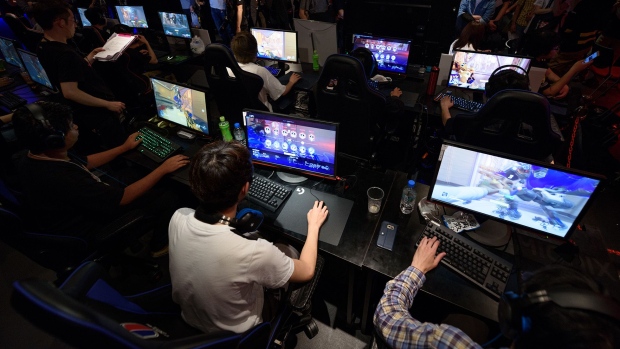 Hundreds of employees at Blizzard Entertainment, the video game developer behind Diablo and Overwatch, are using the company’s Slack network to organize a list of workplace requests, including fair pay and increased sick time. Results of the effort, a rare example of labor organizing in the video game industry, are expected to be presented to management as early as this week, people familiar with the initiative said.

A draft version of the list, which was reviewed by Bloomberg News, asks for changes to how promotions are doled out, increased vacation time and pay bumps for members of the customer service and quality assurance departments. The list was compiled and discussed in a communication channel on Blizzard’s Slack with more than 870 members.

Blizzard, a division of Activision Blizzard Inc., said it will review employee feedback and consider changes to pay. “We will continue to adapt our compensation to build and keep the workforce our company needs today and tomorrow,” Dustin Blackwell, a spokesman for Blizzard, wrote in an emailed statement. “We understand that some Blizzard employees have specific requests, and we look forward to hearing from them directly.”

No major video game companies in the U.S. are unionized. The movement inside Blizzard hasn’t taken concrete steps toward forming a union, but they represent one of the largest instances of workplace organizing in the industry. Allegations of unpaid overtime and wage disparities between gaming executives and their workers have been topics of intense debate in recent years, and investors have pushed to reduce compensation for chief executive officers, including at Activision.

Blizzard employees have long complained about their pay relative to peers in the gaming industry. In 2019, the parent company promised to conduct a comprehensive salary survey, and many employees across Activision Blizzard had expected to receive significant raises, people familiar with the situation have said. Last week, the company implemented changes to compensation that fell below many workers’ expectations.

On Friday, a Blizzard employee started a spreadsheet to anonymously compile salary data, which has since been updated by dozens of staff. A few cheekily added the compensation for Activision Blizzard CEO Bobby Kotick, who received a package worth US$40 million last year.

Following a story by Bloomberg on Monday, several current and former Activision Blizzard employees, who requested anonymity over fears of losing their jobs or harming their careers, said the company pays far less than competitors. Those who left said they got significant pay increases, some as high as 75 per cent or 100 per cent, after leaving for a comparable position at a different company.

In the employee document reviewed by Bloomberg, workers wrote that some are being paid below $40,000 a year. That’s less than half of the median household income in Irvine, California, where Blizzard’s main campus is based. The dynamics are having an impact on staff retention, according to the document. “Our mentors are leaving in droves,” the employees wrote.

On Tuesday, Activision Blizzard reported second-quarter revenue of $1.93 billion but said “economic uncertainty” could end the surge in video game demand. Several employees expressed disappointment to Bloomberg that the internal debate in the last week over compensation was not addressed with investors.