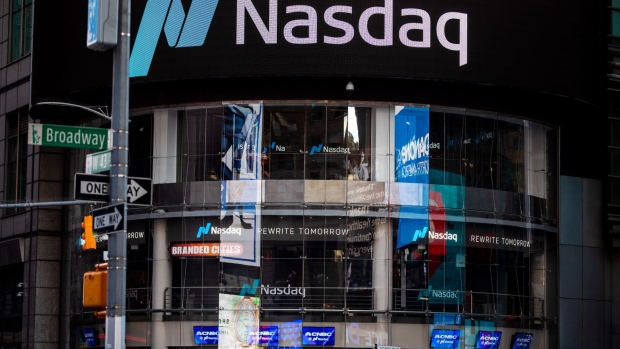 BlackRock Inc.’s iShares MSCI USA Value Factor ETF (VLUE) had its best week of inflows on record, according to data compiled by Bloomberg. The fund has blue chips such as AT&T Inc., International Business Machines Corp. and Citigroup Inc. among its biggest holdings. Meanwhile, the US$37 billion iShares Russell 1000 Value ETF (IWD) took in the most cash since March last week.

With the Nasdaq extending its selloff into a third day, value stocks are holding up better than broader benchmarks. After the category had its worst quarter this century in the wake of the coronavirus pandemic, some traders are betting on a potential recovery.

“While I certainly get that their revenues and earnings growth projections are in jeopardy, the price can only go down so much before it looks like a great value,” said Don Calcagni, chief investment officer of Mercer Advisors. “Especially as we start to come out of COVID and the economy grows again, I think you’ll start to see those value stocks pivot quite nicely.”

State Street Global Advisors launched its SPDR MSCI World Value UCITS ETF on Tuesday. And Evercore ISI said last week that a rebound in bank stocks could spur a revival of value companies, given that the financial sector has the largest weighting in the Russell 1000 Value Index. In fact, as the Nasdaq 100 tumbled almost 10 per cent in three days, the KBW Bank Index dropped about 1.7 per cent.

“Financials are a big part of the value pool, and money center and regional banks are bucking this downtrend,” said James Pillow, managing director at Moors & Cabot Inc. “They are getting helped by the gradual normalization of the yield curve, which started in early August.”