Bank of Montreal laid out a plan to sharply reduce emissions connected to loans to the energy and power-generation sectors by 2030 as its aims for a longer-term goal of being net zero.

Canada’s fourth-largest bank said its new target is a 33 per cent cut in scope 1 and 2 emissions from oil and gas borrowers, which refers to the emissions produced by the companies themselves and their suppliers. The reduction is compared to 2019 levels.

The Toronto-based bank is also aiming for 24 per cent cut by 2030 in scope 3 emissions -- those produced from the burning of the fuels that oil and gas companies produce. That implies consumers will reduce their use of fossil fuels over time, Dan Barclay, head of BMO Capital Markets, said in an interview. 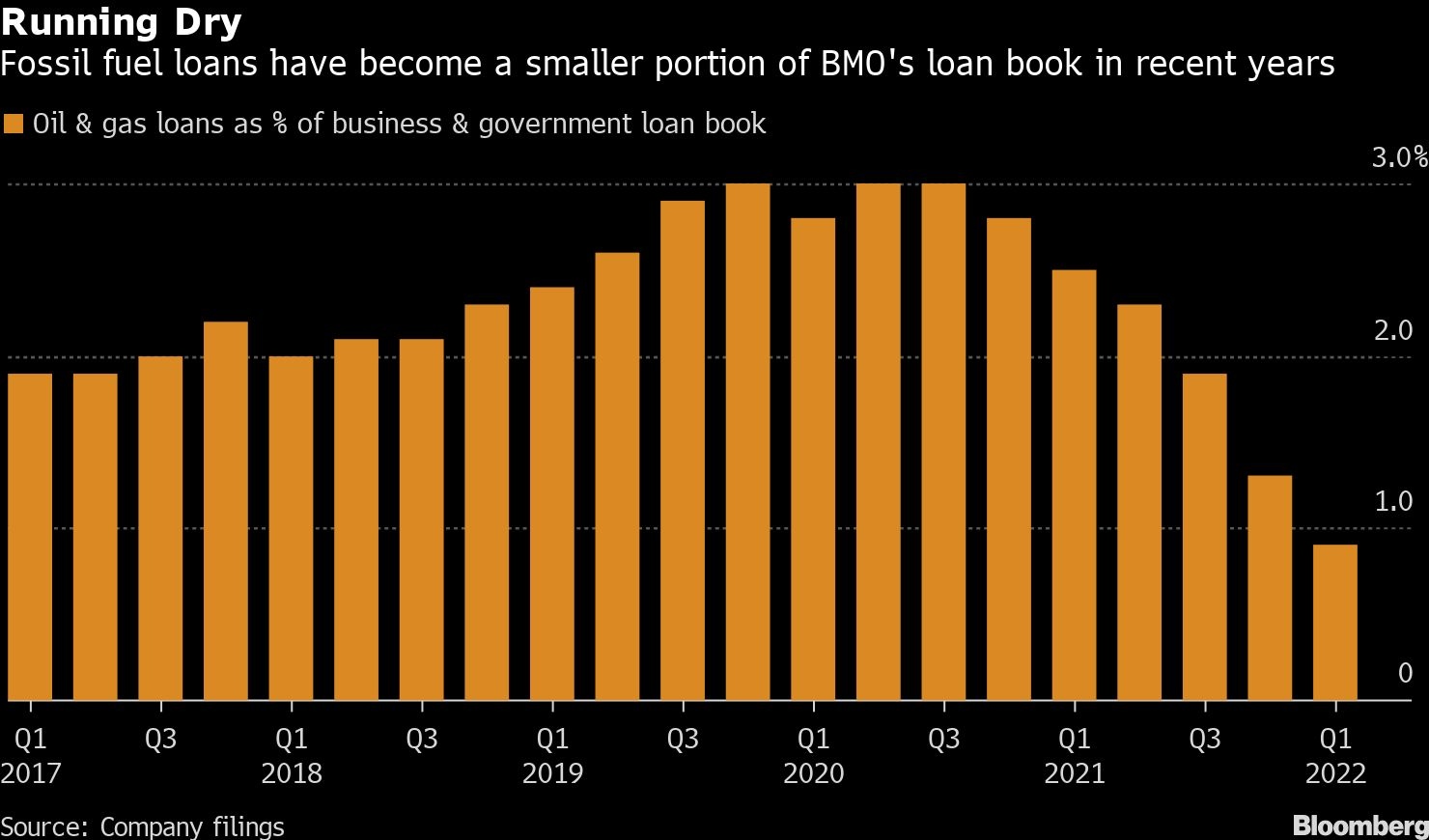 Banks are responding to increased pressure from shareholders and activists to take stronger measures toward helping the global effort to slow climate change. Shareholders of Royal Bank of Canada, the country’s largest lender, will vote next month on whether the bank should tighten rules and standards for sustainable finance, an action driven partly by a controversial backing of an Enbridge Inc. pipeline that was criticized for greenwashing.

Bank of Montreal said it plans cut the carbon intensity of financed emissions from power generators by 45 per cent. By 2035, new loans on new personal vehicles in Canada will be restricted to zero-emission cars and trucks.

Bank of Montreal executives said they set the new targets based on government policies, industry trends and climate models from organizations like the United Nations. They said that while their data have shortcomings, they didn’t want to delay implementing their strategy.

“There could always be things with any of these targets that would affect the transition of the overall economy that we don’t control,” Bank of Montreal Chief Sustainability Officer Michael Torrance said in an interview. “But by setting these kinds of targets, it allows us to focus our thinking and our efforts and our strategic planning to respond to these trends.”

For example, the pledge on financing only zero-emissions vehicles by 2035 is based on the Canadian government’s plan to end sales of new internal-combustion vehicles by then, Torrance said. Similarly, the targets for oil and gas lending follow the oil-sands industry’s stated plan to cut emissions from its production processes. 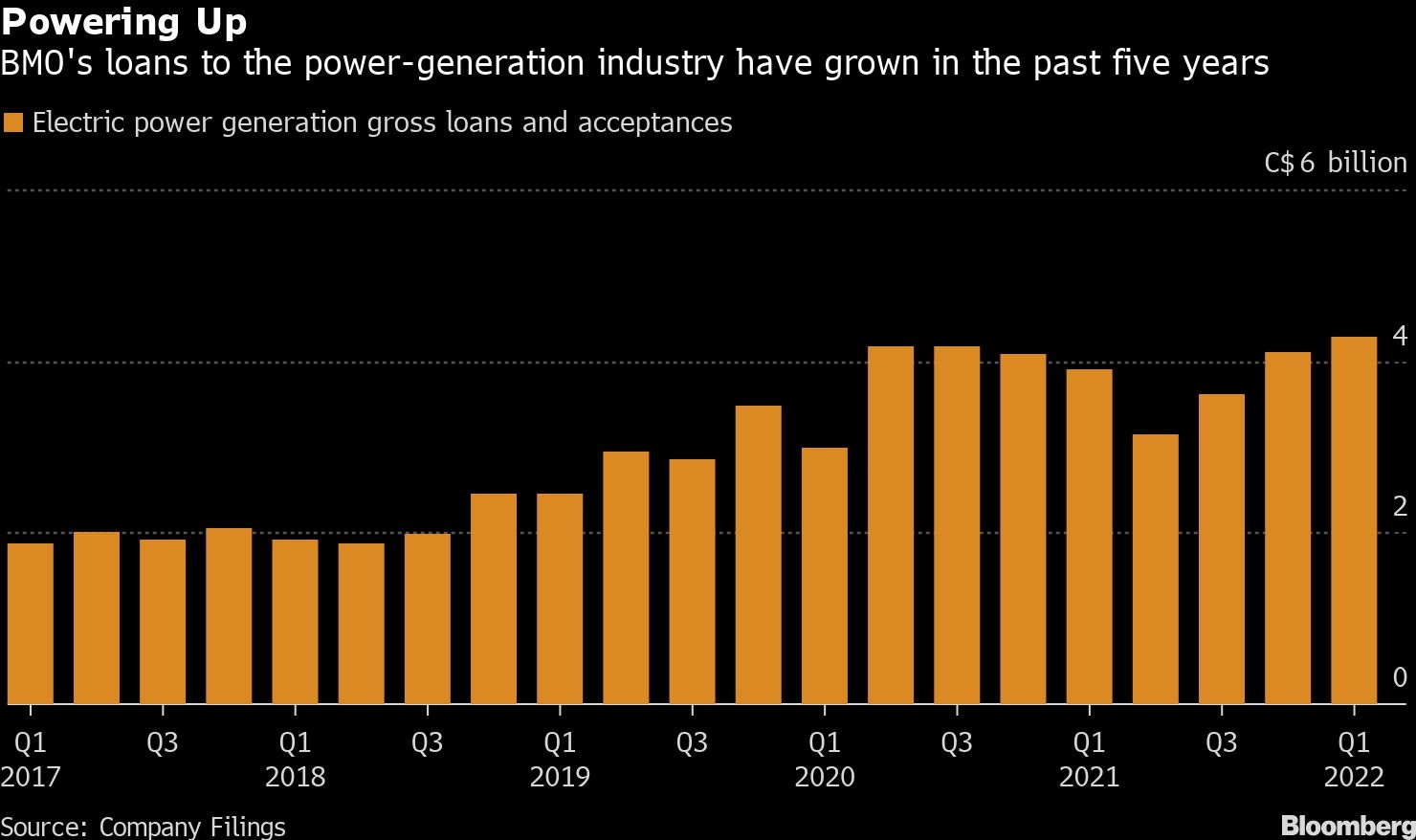 All of the bank’s large business clients have climate change as a top priority, according to Barclay. Bank of Montreal sees its role as helping clients achieve those climate objectives and isn’t planning to pull its business from certain industries or companies, though it won’t shy away from tough decisions if necessary, he said.

“If we have clients that choose not to be climate sensitive or choose to be a bad actor, we’ll make the choices that need to be made,” Barclay said. The bank announced in 2020 that it would wind down its U.S. oil and gas investment-banking business and focus on assets in Canada.

The bank is developing expertise on climate-related science, policies and solutions -- partly through the BMO Climate Institute announced last year -- to help clients with their goals and create new business opportunities for the bank, Torrance said.

“The movement to decarbonize the world economy and shift our energy density from fossil fuels to others is probably one of the biggest moves of capital in our lifetimes, maybe even since the industrial revolution,” Barclay said. “That movement of money is an enormous opportunity.”