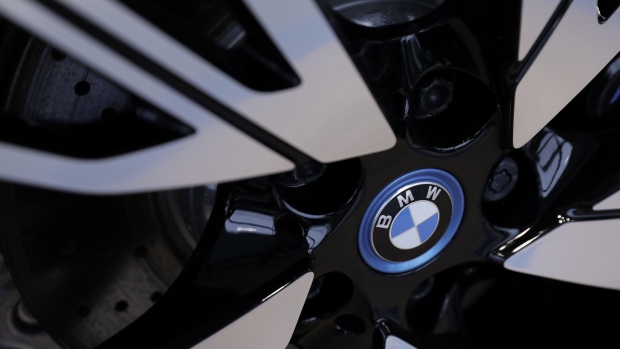 The plant, which is scheduled to start production in 2025, will create 1,170 new jobs and produce 30 gigawatt hours of battery capacity a year in its initial phase with room for expansion, said Jeff Deaton, Envision AESC’s managing director in the US.

The battery plant will supply BMW’s manufacturing hub in Spartanburg, South Carolina, in which the automaker is investing $1.7 billion to produce electric vehicles. BMW has pledged to make at least six new EV models for the US market by 2030. It has capacity to produce 450,000 vehicles a year at the Spartanburg center, its largest export hub.

BMW is also building a $700 million facility nearby to make battery packs.

The investments come as automakers haggle with the Biden administration over the Inflation Reduction Act, which is channeling billions in subsidies to the auto industry to make EVs but also imposing strict content requirements designed to wean the US off its reliance on China.

It’s not yet clear whether the cells Envision AESC is making for BMW will qualify for the full $7,500 consumer tax credit created by the IRA because the EV industry is awaiting details on the legislation that should come by year-end, Deaton said. The company is more confident it will qualify for the production tax credits for battery cells produced in the US.

“We’re watching closely and making sure we have plans to be successful,” Deaton said in an interview.

Nissan sold Zama, Japan-based AESC to China’s Envision Group in 2018 in a bid to streamline its operations.

The battery manufacturer will make customized cylindrical lithium-ion cells with a nickel cobalt manganese chemistry for BMW’s Neue Klasse, its next generation electric vehicles, at the new plant. Both companies are working to secure raw materials amid shortages, Deaton said.

To deal with a shortage of skilled workers in the US, Deaton said the company will send Americans to Envision AESC’s headquarters in Japan for training, and bring over battery specialists from Japan to oversee the start of production.

Deaton also said its work with Nissan may grow.

“Nissan is one of the OEMs we’re talking to about individual investment in the US,” he said.