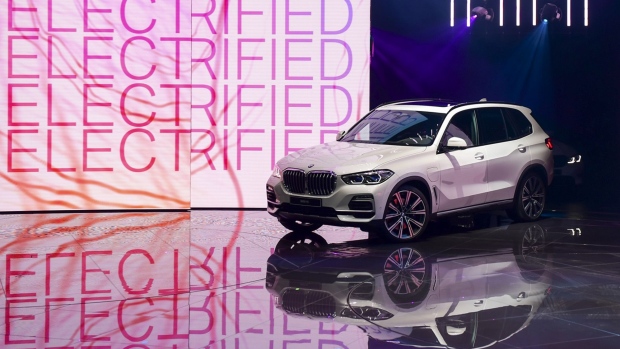 It was the second consecutive year BMW topped its main rivals, selling 98,750 cars and sport-utility vehicles in the last three months of 2020 -- 5,796 more than Lexus and 20,672 ahead of Mercedes-Benz.

Sales for all three companies were hurt by the coronavirus pandemic, with BMW down 18 per cent for the year to 278,732, Lexus sliding 7.7 per cent to 275,041 and Mercedes-Benz off 13 per cent to 274,916. Automakers were forced to temporarily close factories and shutter showrooms in the spring to cope with the virus.

Deliveries rebounded in the second half of the year, however, with BMW saying fourth-quarter results fell just 2 per cent below a year earlier and included two months of record retail sales. Among its best-selling models were the X3, X5 and X7 SUVs.

Consumers with money to spend have been snapping up luxury sport-utility vehicles, boosting average transaction prices and illustrating a widening gap between well-heeled and cash-poor car buyers.

Mercedes-Benz said SUVs accounted for 65 per cent of its sales last year, with the new GLA and GLB representing more than a quarter of that total. The Lexus GX midsize SUV, which starts at US$53,000 and hasn’t been fully upgraded in 10 years, saw big gains at the end of the year.