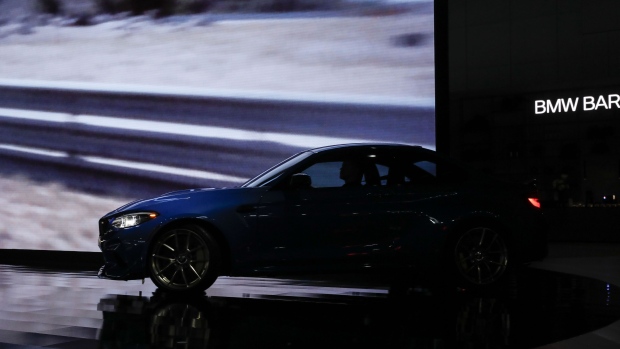 The 2019 Bayerische Motoren Werke AG (BMW) M2 CS vehicle is displayed during AutoMobility LA ahead of the Los Angeles Auto Show in Los Angeles, California, U.S., on Wednesday, Nov. 20, 2019. Engines are taking a back seat to motors at this year's Los Angeles Auto Show as carmakers showcase the latest electric additions to their vehicle lineups. Photographer: Patrick T. Fallon/Bloomberg , Bloomberg

BMW AG lowered its automotive profit outlook for the year as the German carmaker said the fallout from the coronavirus pandemic, which continues to disrupt production and sales in markets from Europe to North America, is lasting longer than expected.