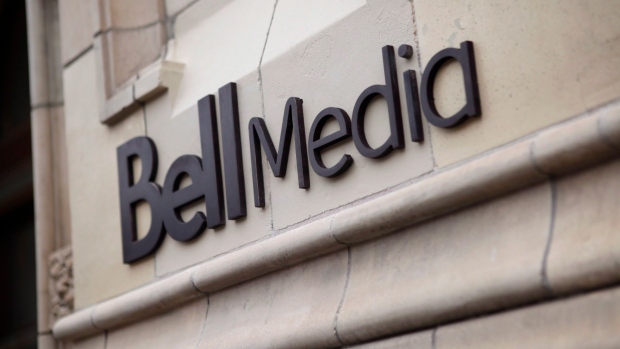 The logo for Bell Media, owned by BCE Inc., is displayed on a Toronto building in a handout photo. , The Canadian Press

Bell Media and Bloomberg Media announced Monday that the two companies have partnered to transform and rebrand BNN into “BNN Bloomberg.”

The two companies said the channel and its digital properties will relaunch in spring of this year, with Bloomberg content and reporters added to all of BNN’s platforms.

“BNN, Canada’s most-watched source of televised business news, will add the formidable strength of Bloomberg’s 2,700 business journalists and analysts in 120 countries and vast business and financial news, market data, analysis, video and television programming to its already considerable range of assets,” the companies said in a joint news release Monday.

"BNN Bloomberg builds on our already strong reach in Canada, and together with Bell Media, we look forward to delivering quality business and financial news and analysis to Canada's decision makers across TV, radio, and digital," said Justin B. Smith, CEO of Bloomberg Media, in the release.

BNN started its life as ROBTV in 1999. It was Canada’s only English-language business television channel for many years and was rebranded as “BNN” in 2007.  For several years starting in 2003, ROBTV/BNN carried Bloomberg Television programming between 6 a.m. and 8 a.m.

Bloomberg started its own Canadian television channel in 2015, largely built on the back of the Bloomberg global television service with some Canadian programming. The Canadian channel closed last fall and was replaced by Bloomberg’s global service.

Since BNN already produces over 12 hours of television every day, the new BNN Bloomberg relies far less on the Bloomberg global service than the previous Canadian service. Instead, the partnership will allow the channel to be on the news around the clock and globally while supplementing its service with Bloomberg’s massive news gathering and data resources.

“This comprehensive partnership not only elevates both brands in Canada, but also takes business news in entirely new and innovative directions by expanding our footprint across a broad range of platforms,” said Grant Ellis, general manager at BNN. “We are very excited to partner with the excellent Bloomberg journalists in Canada and around the world.”