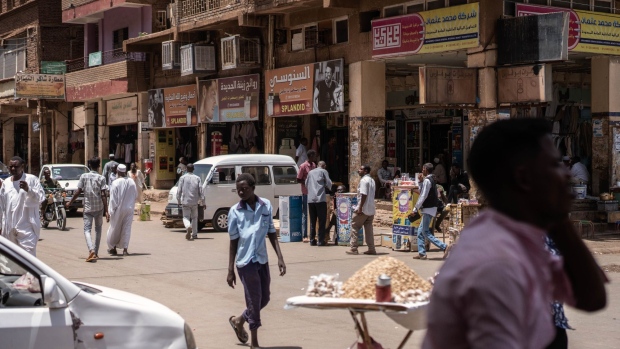 Pedestrians walk down a main street in Khartoum, Sudan, on Sunday, April 28, 2019. African leaders gave Sudan's ruling military council more time to hand over power to a transitional government, and urged the international community to provide the embattled nation with urgent aid to support its shift to democracy. Photographer: Fredrik Lerneryd/Bloomberg , Bloomberg

(Bloomberg) -- BNP Paribas will have to defend itself against several of the claims in a suit accusing the bank of facilitating human rights abuses in the Sudan after a New York federal judge rejected parts of its request to dismiss the suit.

The victims say BNP’s decision to continue serving as Sudan’s banker in the 1990s and 2000s in the face of global condemnation enabled the then-regime to remain in place, during which civil war and ethnic cleansing campaigns leads to the abuse and death of hundreds of thousands of victims. BNP pleaded guilty to violating U.S. Sanctions policy in 2014.