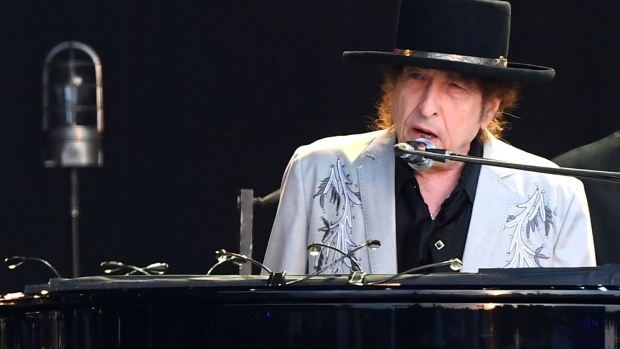 (Bloomberg) -- Bob Dylan sold his entire catalog of recorded music to Sony Group in the latest example of musicians cashing in on a wave of deals sweeping the industry.

The deal includes all of his recorded work, from his self-titled debut album on Columbia Records in 1962 through 2020’s “Rough and Rowdy Ways.” Terms of the sale weren’t disclosed, but the music-industry publication Billboard estimates that the recordings are worth at least $200 million. The deal was struck in July and announced by Sony on Monday.

The agreement follows Dylan’s sale of his songwriting catalog to Universal Music Group more than a year ago.

Back catalogs have found new value in the online era as streaming services such as Spotify Technology SA produce billions of dollars in annual sales for the industry. Investor groups, such as the Hipgnosis Songs Fund, have sought out old recordings and created a competitive market for stars.

Bruce Springsteen, another longtime Sony artist, sold his back catalog last month in a deal worth some $500 million, according to Billboard. Singer John Legend also found investors for his songs this month.