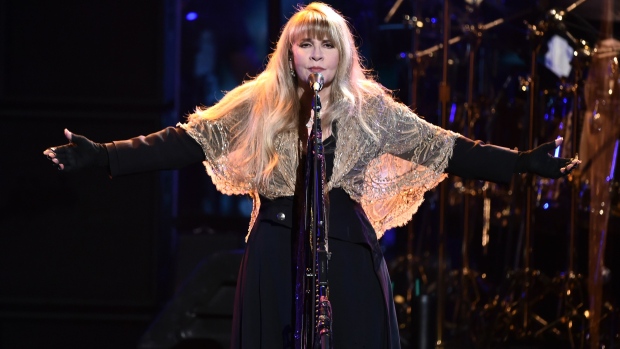 (Bloomberg) -- Oaktree Capital Management LP is investing up to $375 million in Primary Wave Music, an independent company that manages songs from Bob Marley and Whitney Houston, joining a parade of financial powerhouses diving into the recording industry.

A portion of the money will go toward a minority stake in closely held Primary Wave, which creates and manages funds that own songs, founder and Chief Executive Officer Larry Mestel said in an interview.  The business is valued at $300 million to $400 million. The balance will be earmarked for the acquisition of additional music catalogs via funds that are raised and run by Primary Wave.

The investment coincides with the anticipated closing of Primary Wave’s third fund, according to people with knowledge of the matter. It also sets the stage for Primary Wave to consider a public offering of its fund operation, said the people, who asked not to be identified because the deliberations are private. Primary Wave previously raised more than $800 million for two funds to buy music copyrights, including a majority stake in songs written by Stevie Nicks. The company is lining up additional deals for later this year. It’s also working on films and Las Vegas shows based on Marley’s music.

Oaktree is the latest high-profile financial firm to make a substantial bet on the music industry. The value of song copyrights has soared over the past few years as streaming services from Spotify Technology SA and Apple Inc. lift industry revenue. Primary Wave, which has offices in New York and Los Angeles, represents Oaktree’s biggest investment investment in the recording business, according to Brian Laibow, a managing director at Oaktree.

“We believe strongly that Primary Wave is of the highest-caliber ability to manage and grow the values of the music,” Laibow said.

Three years ago, many music executives were aghast at the prices being paid for music rights by Hipgnosis Songs Fund and Primary Wave, convinced they were too high. But prices have continued to rise as investment firms — including KKR & Co., Providence Equity Partners and Blackstone Group — have joined the fray. Investors see music both as a sexy asset and a stable one. Copyrights generate a consistent flow of revenue that some investors liken to interest on bonds.

The high prices enticed major legacy acts, including Nicks, Neil Young and Bob Dylan, to cash in on their catalogs. The more music becomes come available, the more investors show up to buy them.

“Bob Dylan sells, and people say ‘If Bob Dylan sold, it must be a good idea to explore,’’’ Mestel said.

Mestel has lived through the boom-bust cycles of music copyrights. He founded Primary Wave in 2006 and went about acquiring songs catalogs from Nirvana, John Lennon and Def Leppard. The value of copyrights crashed not long after, triggered by shrinking spending on music by consumers.

While some industry figures still say the copyrights are overvalued, the growing number of investors suggests confidence that industry revenue will rise for years to come. Not only are streaming services growing, but the industry has found new ways to make money, including charging for the use of music in fitness services, video games and social media.

Vivendi SE is selling a stake in Universal Music Group, the world’s largest recording company, that values the business at more than $40 billion — up 33% from just a couple years ago. Shares of Warner Music Group Corp. have climbed about 38% from their initial offering price a little over a year ago.

Mestel now has more than $1.7 billion in assets under management.

“The industry outlook is very good,” Mestel said. “We obviously are doing well because most of our  Fund 2 investors invested in Fund 1. That only happens when you are doing well.”