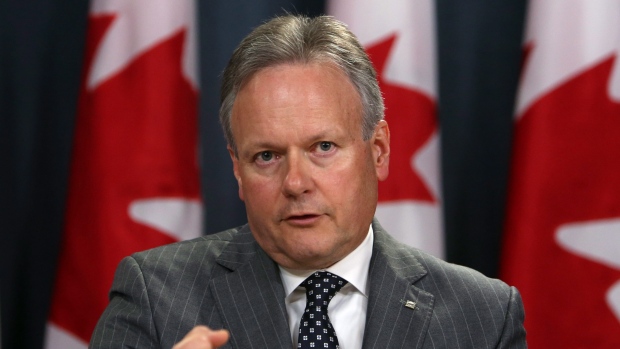 Stephen Poloz, Governor of the Bank of Canada holds a news conference concerning the rise of the bank's interest rates, in Ottawa, Tuesday July 12, 2017. , The Canadian Press

Calling the Canadian economy "robust," the Bank of Canada has increased benchmark interest rates by a quarter of a percentage point and says it sees a broadening of economic expansion in the country.

In a statement that is distinctly more upbeat than what it delivered just three months ago, the central bank points to improved business investment, better export prospects and an earlier closing of the so-called "output gap", the difference between the economy's productive capacity and its economic output.

“We turned the corner,” Bank of Canada Governor Stephen Poloz said in a news conference Wednesday morning. “And we have the economy in a place where there’s finally a two-sided risk to [the] outlook – as opposed to just being concerned about downside risks.”

The bank raised its target for the benchmark overnight rate to 0.75 per cent from 0.50 per cent. It’s the first time the bank has boosted that trend-setting rate since 2010. The bank rate and the deposit rate also move up by 0.25 per cent, to 1.0 per cent and 0.5 per cent respectively.

The Canadian dollar spiked above 78 cents U.S. on the news amid hints the bank has its eye on further rate moves.The loonie closed the day at 78.51 cents US, up 1.4 per cent. 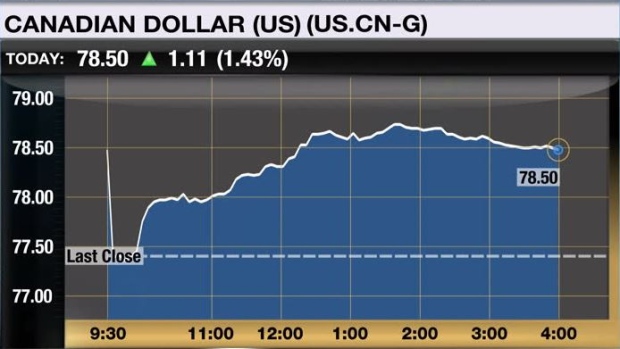 “Future adjustments to the target for the overnight rate will be guided by incoming data as they inform the Bank’s inflation outlook, keeping in mind continued uncertainty and financial system vulnerabilities,” the bank said in its press release. Poloz noted later in the news conference that policy isn’t on a “pre-determined path.”

“The economy clearly no longer needs as much stimulus as we’ve been giving it,” he added. “We’ll be monitoring carefully how the economy continues to adjust both to fundamentals and to higher interest rates.”

For Canadian borrowers, Wednesday’s rate changes will mean at least modestly higher rates of interest on things like variable-rate mortgages, lines of credit and bank loans. Because the bond market anticipated today's move, Canadian banks have already increased the rates they charge on fixed-rate mortgages.

Royal Bank of Canada was the first of the Big Five banks to adjust its prime rate after the Bank of Canada decision. RBC is boosting prime, which influences rates on a range of lending products, to 2.95 per cent from 2.7 per cent, effective Thursday. TD, BMO, CIBC and Scotiabank followed suit with identical moves later in the afternoon.

The contrasts in tone between the Bank of Canada's statement on Wednesday and the statement it delivered three months ago on April 12 are striking.

The bank said on Wednesday "Canada's economy has been robust" and "a significant amount of slack has been absorbed."

On April 12, the bank said only that economic growth had been "faster than expected" and had been temporarily enhanced by a return of spending in the oil and gas sector and the delivery of Child Tax Benefit cheques.

The bank now says exports — which have disappointed economists, despite a weak Canadian dollar — "should make an increasing contribution to GDP growth."

On April 12, it said export growth had been "uneven."

The statement released on Wednesday said business in the goods and services sectors are expanding, and that business investment should add to GDP growth.

On April 12, the bank said business investment remained "well below" where it should have been.

It's important to remember, though, that the bank has been wrong in the past when it called for pickups in exports and business investment. It's recently retooled some of its models on these points, but both remain risks to the bank’s upbeat Monetary Policy Report.

The bank also said Canadian inflation remains below the 2.0 per cent target, but sees this weakness as temporary, pushed down by sluggish automobile prices, competitive conditions in the grocery sector and electricity rebates in Ontario.  It expects inflation to return to "close to" 2.0 per cent by the middle of 2018. 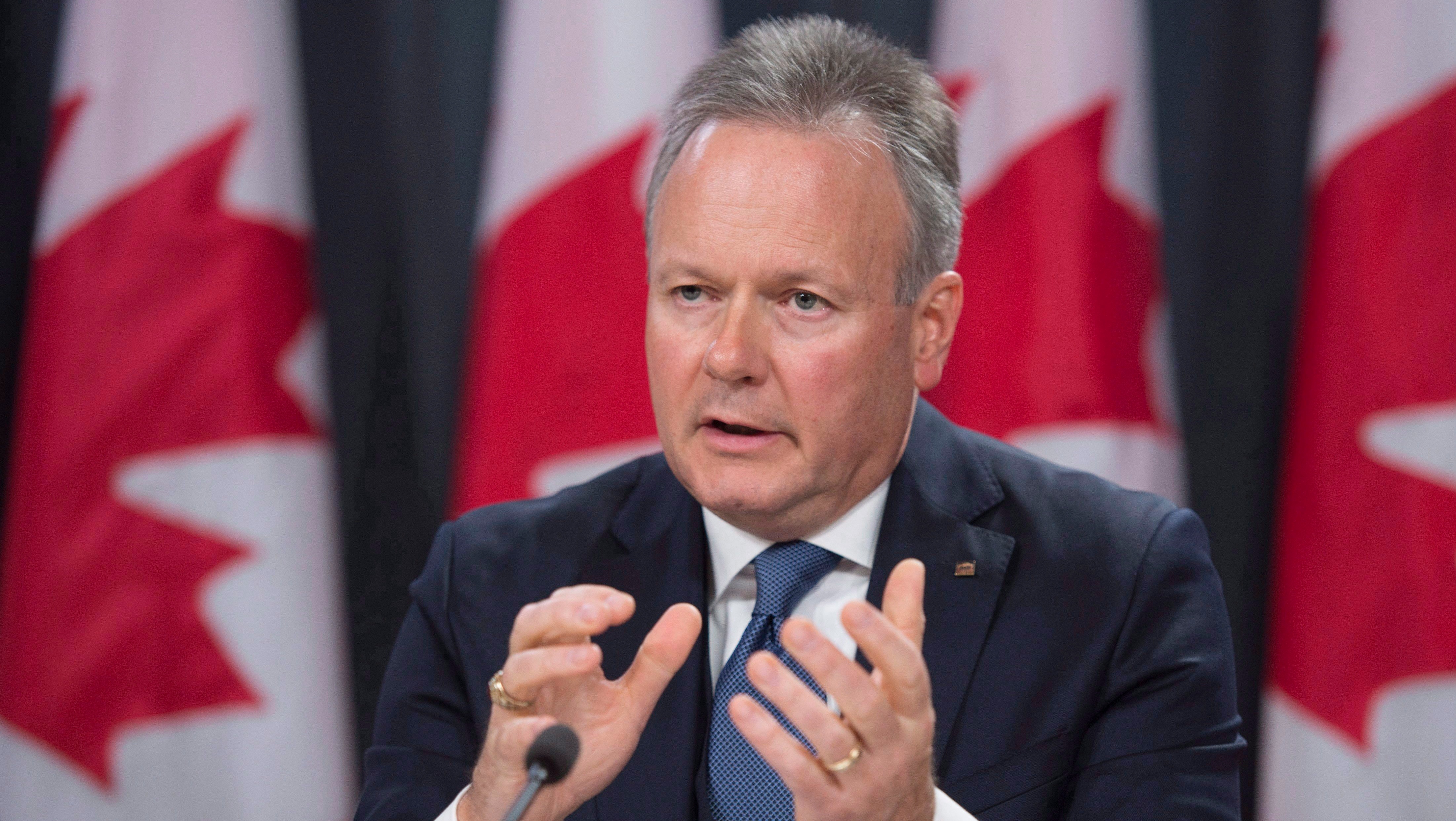 Do you agree with the Bank of Canada’s decision to raise rates today?