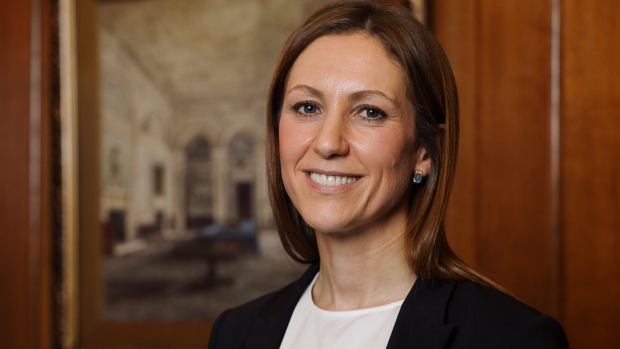 (Bloomberg) -- Bank of England policy maker Silvana Tenreyro said responding earlier to inflation would have driven unemployment to levels last seen in the 1990s and that nobody could have predicted the scale of shocks that have hit the economy.

“We have been shocked by the biggest shock imaginable,” Tenreyro said on a panel discussion Tuesday. “Not only the pandemic but the build up to the war, the war itself, new waves of Covid affecting supply. These are called shocks because they are not anticipated. They are deviations from the model.”

Even if officials had foreseen those shocks, raising interest rates to offset them early -- while the country was still grappling with pandemic lockdowns -- would have created an “enormous recession, and inflation would be below target ... in the medium term.” She added that unemployment would have risen into “two figures,” above 10%.

The remarks highlight why the BOE moved cautiously last year as inflation rose above target. Tenreyro, one of the most dovish of the nine members of the bank’s monetary policy committee, said the mandate made it clear that policymakers must balance the trade off between inflation and growth.

“Even if it would have been possible to predict the evolution of the pandemic, the war and so on I would not have thought we would have struck a materially different policy. Policy has to address the trade off.”

She said that the BOE’s base rate would remain the main tool for managing the economy if policy makers begin active sales of assets they built up during the quantitative easing program to stimulate the economy over the last decade. She said the BOE has yet to decide whether to go forward with active sales.