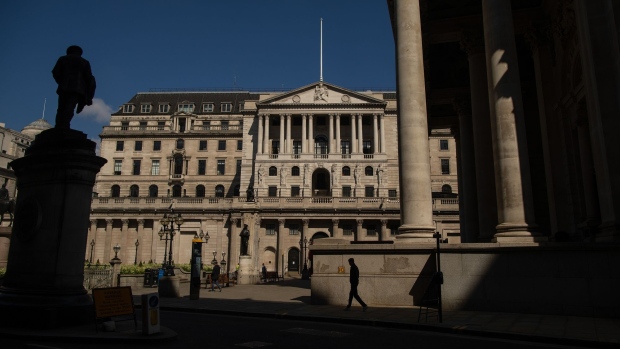 The Bank of England stands in the City of London. , Bloomberg

The Bank of England will adopt recommendations from its governing body to link the pay of executive directors to performance on achieving targets to make a more diverse workforce.

The U.K. central bank’s court of directors also suggested that the assessment of bank managers should be linked to those targets, a plan Governor Andrew Bailey said he’d implement in full. It’s part of a broader review on how the BOE can bring more women and minorities into leadership positions.

Last month the BOE acknowledged it is falling short on its diversity and gender-pay targets. It stepped up work on those goals after protests erupted around the world following the killing of George Floyd in the U.S.

“The history of efforts to foster a more ethnically diverse and inclusive bank predates the events of May 2020 and the murder of George Floyd,” Diana Noble, the chair of the court’s review, wrote in a foreword to a report released by the BOE in London on Wednesday. “But while there have been efforts to improve, results have not matched expectations and progress has not been fast enough.”

It will drive the goal on diversity deeper into the BOE’s management, beyond Governor Andrew Bailey to some 19 executive directors managing various functions at the bank. Bailey said he’d implement the suggestions.

“The experience of colleagues with different ethnic backgrounds has not reflected the kind of institution we want to be,” Bailey said in a statement.

The report builds on an effort by Britain’s financial authorities to improve diversity and inclusion in the workforce. The BOE, Prudential Regulation Authority and the Financial Conduct Authority published a joint discussion paper on the issue earlier this month.

The BOE’s targets include the portion of women and ethnic minorities in the workforce and the pay those employees receive compared with men and white people.

The report showed ethnic minorities tended to receive lower performance ratings than white colleagues and were less likely to have high ratings. The court said some of that may be due to minorities historically enjoying fewer career-advancing opportunities.

The court suggested a new framework for overseeing diversity issues at the BOE and improving recruitment practices, focusing on why so many minorities are filtered out at that stage. “This will in turn improve promotion rates of internal minority ethnic colleagues,” the court said.

The report found that from 2015 to 2019, minority ethnic employees were 25% more likely to leave the bank than white colleagues.

An annual report released in June from the BOE showed:

(Updates with comments from Andrew Bailey.)