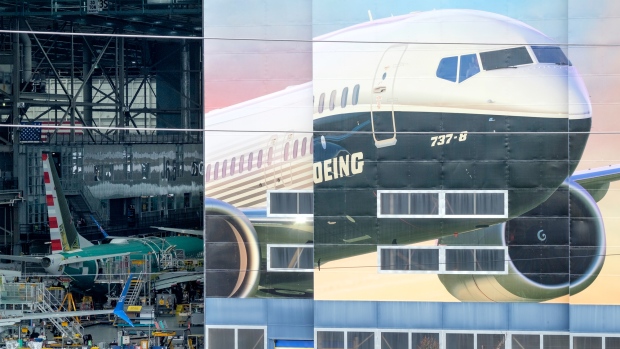 (Bloomberg) -- The worldwide grounding of Boeing Co.’s 737 Max is taking its toll on airlines and the plane isn’t likely to return to service for months, according to the head of the International Air Transport Association.

“We are preparing a meeting between regulators, aircraft manufacturer and the operators to make an assessment of the situation,” De Juniac said. “But it is not in our hands. It’s in the hands of regulators.”

IATA represents some 290 airlines, or more than 80% of total air traffic, and is holding its annual meeting in Seoul this weekend. That will be the biggest gathering of airline and plane-making executives since the Boeing tragedies in October and March.

De Juniac’s bleak assessment echoes the cautious stance adopted by aviation authorities on the timeline for the Max’s possible return.

European regulators assessing proposed changes to the Max plan to scrutinize the jet’s entire flight-control system before they approve a return to the skies, while U.S. aviation regulators said they won’t rush the matter. Indonesia, one of the biggest markets for the plane, signaled it may keep the jet parked until next year.

Boeing, meanwhile, has told one of the biggest 737 Max buyers, Indian budget carrier SpiceJet Ltd., that the grounded jet should be back in the air by July, signaling a quicker return for the plane than many expect.

“The timeline that’s been communicated to us based on their experience is July -- end of June basically,” SpiceJet’s Chief Financial Officer Kiran Koteshwar said in an interview. “We are expecting it to be July.”

Representatives for Boeing in India haven’t responded to a request for comment.

To contact the reporter on this story: Anurag Kotoky in New Delhi at akotoky@bloomberg.net

To contact the editors responsible for this story: Young-Sam Cho at ycho2@bloomberg.net, Angus Whitley, Indranil Ghosh