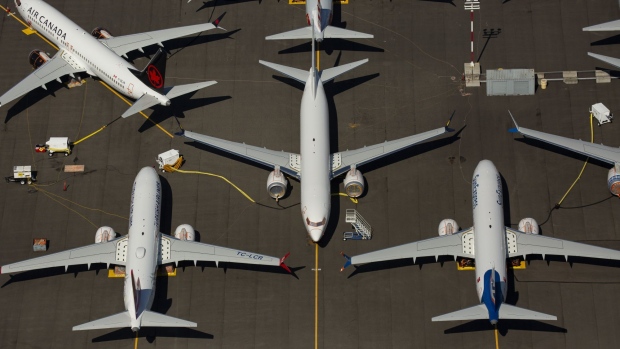 Travel restrictions brought on by the COVID-19 pandemic continue to slow the re-certification process for Boeing Co.’s 737 Max in Europe, even after U.S. aviation regulators moved a step closer to allowing the grounded jet to fly again.

The European Union Aviation Safety Agency said it’s still working with Boeing and the U.S. Federal Aviation Administration to find a solution that would allow it to conduct its own test flights for the jet. None of the flights, a prerequisite for the Max’s return to service in Europe, have been scheduled.

“Good progress has been made but there is still some work which Boeing needs to complete,” EASA said by email, without elaborating. “In the light of this position, and in common with the FAA, we cannot yet predict a firm schedule for the return to service and the ungrounding of the aircraft in Europe.”

The FAA on Monday asked for public comment on proposed changes it will require for recertification of the Max, which was grounded after two crashes killed 346 people. Boeing has said it expects to resume deliveries of the narrow-body plane this year.

Boeing shares rose 1.4 per cent to US$164.47 at 12:25 p.m. in New York. The stock dropped 50 per cent this year through Monday, the worst performance on the Dow Jones Industrial Average.

The FAA’s action shows that, after 16 months and numerous probes and congressional hearings, aviation regulators are satisfied that the fixes will allow the plane to safely resume service. Flight tests of the redesigned systems by the FAA were completed July 2.

“We continue to make steady progress towards safely returning the airplane to service, working through the rigorous process laid out by the FAA, EASA and other authorities,” Boeing said by email, without commenting on European test flights. “Safety remains our priority and the regulators will continue to determine the schedule for return to service.”

In addition to changes specific to the system implicated in the accidents, the FAA proposal would mandate broad computer changes to improve reliability, add a warning light that was inoperative in the two crashes and require the rerouting of electrical wires that don’t meet safety rules.

“EASA has been working closely with the FAA and Boeing throughout with the common aim of returning the 737 Max to service as soon as possible, but only once we are convinced it is safe,” the European agency said.

--With assistance from Alan Levin.