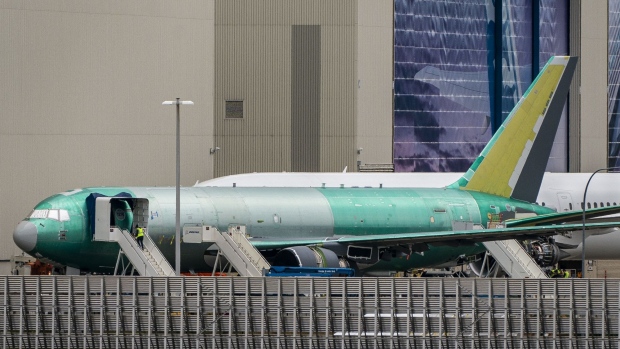 A worker enters a Boeing Co. 787 airplane parked outside of the company's facility in Everett, Washington, U.S., on Friday, July 24, 2020. Boeing is scheduled to release earnings figures on July 29. Photographer: David Ryder/Bloomberg , Bloomberg

(Bloomberg) -- Leaders of the House Transportation and Infrastructure Committee have called for a review of how U.S. aviation regulators oversaw Boeing Co.’s troubled 787 program.

A letter signed by the top Democrat and Republican on the committee was sent Thursday to the Transportation Department’s Inspector General, the committee announced on Friday. The 787 has been plagued by production issues for a year and the manufacturer has halted deliveries of new aircraft for most of that time.

The lawmakers -- including Representative Peter DeFazio, the Oregon Democrat who is chairman of the committee -- asked the IG to evaluate whether the Federal Aviation Administration’s inspection program for the 787 is adequate and the effectiveness of the agency’s efforts to resolve production issues.