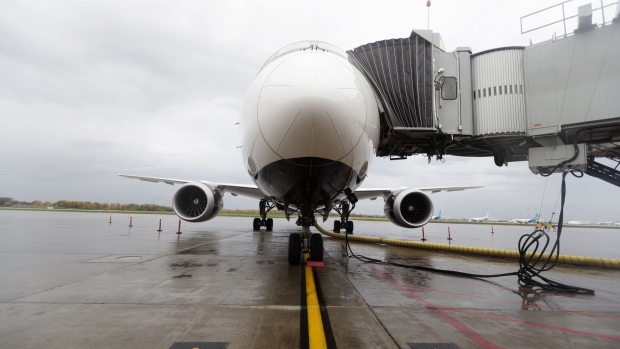 (Bloomberg) -- Boeing Co. has been told by US regulators that it needs to submit more documentation in order to resume deliveries of its 787 Dreamliner jet, according to people familiar with the request, signaling it may face a further delay before the Federal Aviation Administration signs off on its inspections and repairs to the plane.

The FAA notified the company its latest submission is insufficient, said the people, who declined to be identified or specify what additional information is being sought. The rebuff is part of an ongoing back-and-forth between Boeing and its chief regulator and won’t likely amount to a significant hurdle, two of the people said Friday.

The development comes after Boeing had expressed confidence recently that it was making progress toward resuming deliveries of the troubled aircraft. The planemaker has grappled with structural glitches since 2020 that have turned its popular wide-body jet into a drain on cash.

The FAA’s request for more information is not a major setback to the company’s plans to resolve the issues with the 787, though it could cause some delays, said the two people.

An FAA specialist requested additional information on one topic and it is not considered a significant problem for Boeing, said one of the people. Another person characterized the request as a bump in the road rather than a blockage. Both of the people asked not to be identified while discussing the sensitive issue.

The regulator’s latest request is awkward for Boeing’s leadership, which has highlighted its submission of the 787’s certification package as a key milestone in its journey to resume deliveries, touting the FAA’s deep involvement in its preparation. Chief Executive Officer Dave Calhoun last month called out the “quality of the package” delivered to the government.

The agency’s “fingerprints are all over it, because they’ve been sort of side-by-side with us in this process,” Calhoun said during Boeing’s first quarter earnings call. “I think we’re in reasonably good shape to go through a normal order, and I do not expect this to get elongated in any significant way.”

The FAA’s request for more documentation was first reported by Reuters.