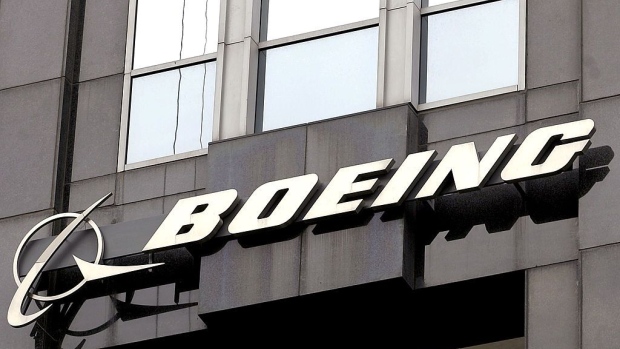 An attendee walks past Boeing Co. signage at the company's booth during the Singapore Airshow at the Changi Exhibition Centre in Singapore, on Wednesday, Feb. 12, 2020. Organizers of Singapore’s biennial airshow, which attracted more than 54,000 trade attendees in 2018, have advised people to follow a no-contact policy in which they should bow or wave instead of shaking hands. Photographer: SeongJoon Cho/Bloomberg , Bloomberg

U.S. aviation regulators are seeking fines against Boeing Co. of US$1.25 million over allegations that company employees acting in the government’s behalf faced “undue pressure.”

The Federal Aviation Administration announced the proposed civil penalties in a release on Wednesday. They focus on a controversial program, known as Organization Designation Authorization, that deputized Boeing workers to act on FAA’s behalf to sign off on designs that have been heavily criticized in the wake of two fatal crashes of the 737 Max.

The violations occurred in a South Carolina Boeing plant and don’t relate directly to the grounded Max, the FAA said.

“The FAA’s proposed civil penalties announced today are a clear and strong reminder of our obligations as an ODA holder,” Boeing said in an emailed statement. “Undue pressure of any type is inconsistent with our values and will not be tolerated.”

The company said the allegations were reported and disclosed to the FAA, and it cooperated with the agency’s investigation.