Boeing Co. lost its title as the world’s largest planemaker to Airbus SE, suffering the biggest defeat in the companies’ 45-year duel because of the grounding of the 737 Max.

The U.S. aerospace giant delivered just 380 jetliners last year, according to data posted on the company’s website Tuesday. That was less than half of Airbus’s tally of 863 planes.

Boeing’s epic trouncing underscored the depth of the Max crisis, after global regulators halted commercial flights and deliveries of the model in March after two crashes killed 346 people. Airbus’s victory was its first since 2011 and 10th since 1974, when the company’s A300 jetliner made its commercial debut.

Last year, Boeing shipped only 127 of its single-aisle 737 planes, lagging behind Airbus’s narrow-body total of 690 jets. But the Chicago-based company scored a win in twin-aisle jets, shipping 253 — 80 more than Airbus.

Orders for the Max, Boeing’s best-selling jet, have also suffered amid uncertainty over when regulators will finally clear the plane to resume flights. Boeing recorded a total of 54 jetliner sales, net of cancellations and conversions, compared with 768 for Toulouse, France-based Airbus. 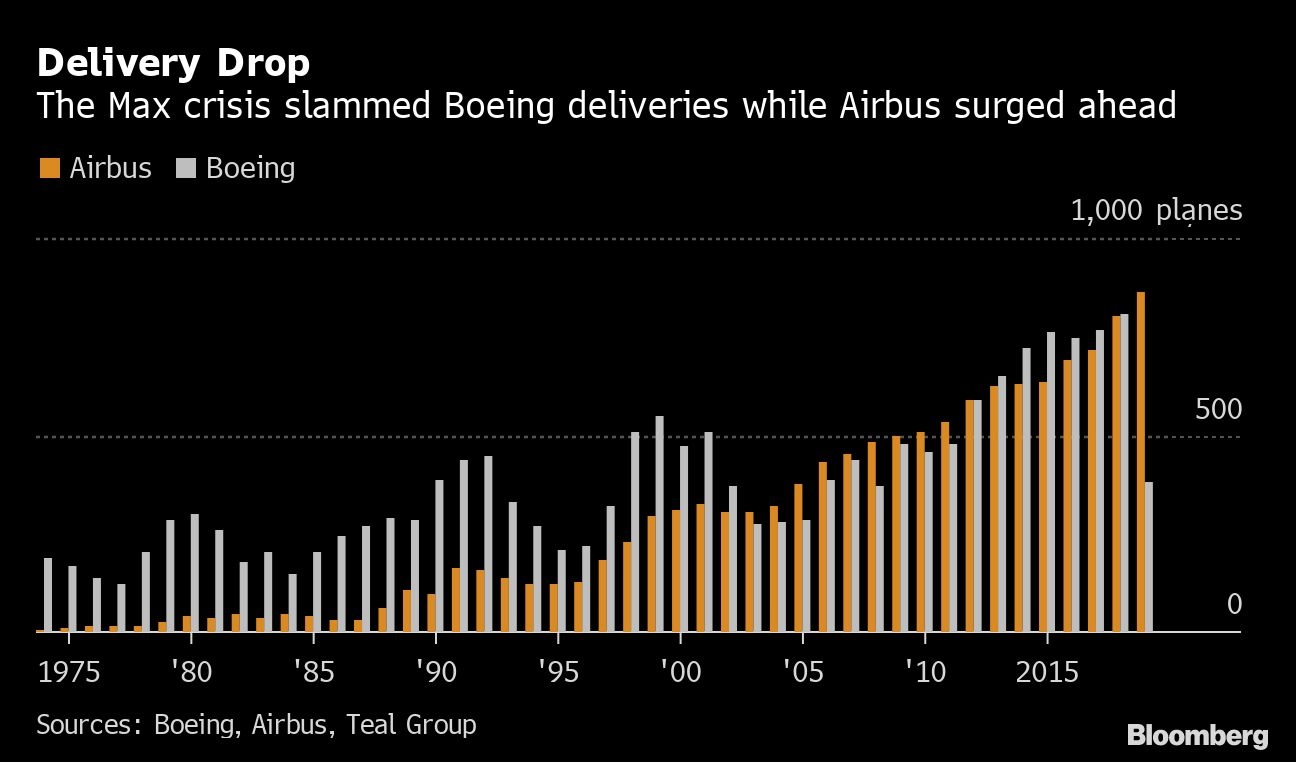