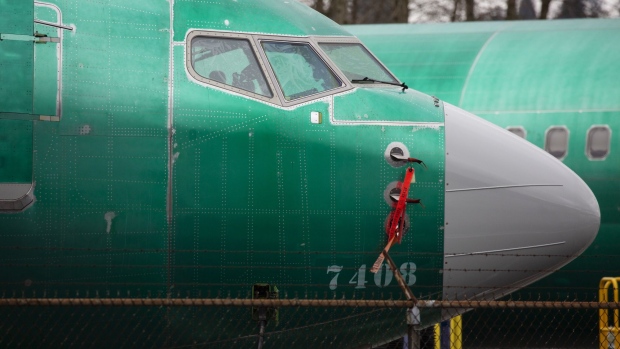 (Bloomberg) -- Boeing Co.’s 737 Max got a boost from the jet-leasing sector after Dubai Aerospace Enterprise announced a deal for 15 aircraft, adding to evidence that demand is reviving after the model’s near two-year grounding.

The order for the Max 8 variant is worth about $1.8 billion at list prices and represents the first direct acquisition of the plane by the Middle East’s biggest lessor, whose previous deals have involved purchases from airlines.

DAE’s order suggests that the Max may have turned a corner with leasing firms. While the narrow-body model has seen a revival of interest from carriers after its return to service following two fatal crashes, including a 100-plane deal from Southwest Airlines Co., it has suffered a painful run of order cancellations from lessors affecting aircraft not yet placed with end users.

DAE is “confident in the success” of the Max as domestic and regional air travel begins to recover from the coronavirus crisis, Chief Executive Officer Firoz Tarapore said in a statement Tuesday.

Leasing companies including AerCap Holdings, Avolon and SMBC Leasing Co. canceled or delayed Max deliveries in 2020 as the pandemic prompted crippling travel bans. Air Lease Corp. said last month that the trend was beginning to turn, with carriers asking to reactivate orders amid a pickup in demand.

DAE’s previous Max purchases came via sale and leaseback deals, one for 18 planes with American Airlines that was recently completed and an earlier transaction with Brazilian carrier GOL covering five.