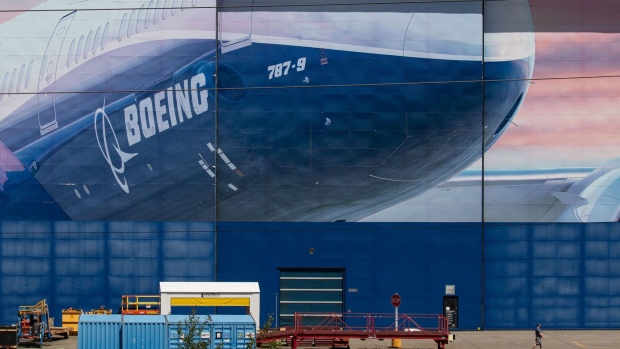 A worker walks outside of a Boeing Co. facility in Everett, Washington, U.S., on Wednesday, May 27, 2020. Boeing Co. unveiled the first and deepest of its planned job cuts, saying it would notify 6,770 employees in the U.S. this week that their positions would be eliminated. , Bloomberg

Boeing Co. is preparing to offer buyouts to employees for a second time this year as the virus-stricken planemaker extends its workforce cuts beyond the original 10 per cent target unveiled in April.

The “voluntary layoff” will be offered largely to staffers in the company’s commercial airplanes unit, services division and corporate operation, Chief Executive Officer Dave Calhoun said Monday in a message to employees that was seen by Bloomberg News. More details will be made available to workers beginning Aug. 24.

“I truly wish the current market demand could support the size of our workforce,” Calhoun said. “Unfortunately, layoffs are a hard but necessary step to align to our new reality, preserve liquidity and position ourselves for the eventual return to growth.”

Boeing and European rival Airbus SE have moved to slow production, shrink payroll and pare other costs as the coronavirus pandemic causes demand for air travel and new jetliners to collapse. The U.S. manufacturer, which is also trying to return its grounded 737 Max to service after two fatal accidents, anticipates “a significantly smaller marketplace over the next three years,” Calhoun said.

The shares was little changed at US$171.72 at 9:42 a.m. Tuesday in New York. Boeing tumbled 47 per cent this year through Monday, the largest drop on the Dow Jones Industrial Average.

The Chicago-based aerospace giant has been evaluating its workforce as it completes the initial reduction announced earlier this year. In addition to about 19,000 cuts already in the pipeline, Boeing is hiring around 3,000 employees in its defense and space division, whose government contracts have become a primary source of revenue. The net impact was set to cause a drop of about 10per cent of the company payroll.

As Boeing pushes to make painful additional cuts, the company is also “engaging in a full-scale enterprise transformation effort, evaluating every aspect of our business for opportunities to improve,” Calhoun said.

The planemaker announced last month that it was ending production of the 747 jumbo jet and studying whether to consolidate production of the 787 Dreamliner, which is manufactured in South Carolina and Washington state. The moves cast uncertainty over the future of the Everett, Washington, campus -- the company’s largest outpost.