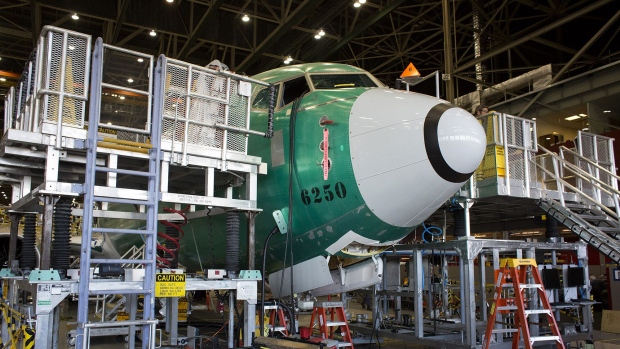 Boeing Co. is updating simulators for 737 Next-Generation aircraft after research conducted in two fatal 737 Max crashes revealed that they don’t accurately replicate the force required during a procedure critical for the pilots responding to both accidents.

Pilots training on how to manually move the nose up or down on 737 NGs, the models that preceded the introduction of the Max, wouldn’t have felt accurate forces, the company said in an emailed statement. The procedure requires cockpit crews to crank two wheels in the cockpit. The company announced it also was fixing its 737 Max simulators last month.

Moving the so-called manual trim wheels is a critical part of the emergency procedure needed to respond to the malfunction that pilots in Indonesia and Ethiopia faced before crashing. They were supposed to shut off an electric trim motor and make adjustments with a hand crank.

“We are taking this step as part of our effort over the last several months to closely re-examine and improve our simulator capability,” the company said. “Boeing is working closely with the simulator manufacturers, operators and regulators to help ensure customer training needs are being met and further strengthened going forward.”

Pilots on the Ethiopian Airlines 737 Max that crashed on March 10, killing all 157 aboard, said the manual system was “not working,” according to a preliminary report that paraphrased their conversations captured on the cockpit voice recorder. The report didn’t conclude why that may have been the case or provide details. The high forces on the tail as the pilots fought to control the plane would have made the trim wheels difficult to turn.

Cranking the wheels in the simulators would have seemed easier than was true on a real aircraft in some circumstances and harder in others, according to a person familiar with research after the crashes.

The differences between the simulator and a real aircraft shouldn’t have made a difference in the training pilots received, Boeing said in its statement.

The Federal Aviation Administration said it is aware of Boeing’s work updating the simulators. “The FAA will ensure that all FAA-qualified simulators are properly modeled and can reproduce representative forces on the trim wheel during all phases of flight,” the agency said in its emailed statement.