Investors are piling into cash as the outlook for global growth plunges to an all-time low and stagflation worries mount, according to a Bank of America Corp. fund manager survey that points to continued stock market declines.

Cash levels among investors hit the highest level since September 2001, the report showed, with BofA describing the results as “extremely bearish.” This month’s survey of investors with US$872 billion under management also showed that hawkish central banks are seen as the biggest risk, followed by a global recession, while stagflation fears have risen to the highest since 2008. 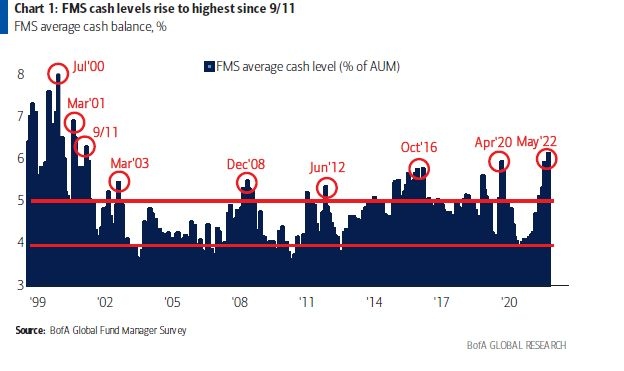 The results make for grim reading for global equities, which have already suffered the longest weekly losing streak since the global financial crisis as central banks turn off the monetary taps at a time of stubbornly high inflation. While equities have seen a small rebound since Friday as valuations get more attractive, strategists including Michael Wilson at Morgan Stanley say more losses lie ahead.

In the BofA report, strategist Michael Hartnett said investors believe stocks are prone to an imminent bear market rally, but ultimate lows have not yet been reached. With more rate hikes expected from the Federal Reserve, the market isn’t yet at “full capitulation,” Harnett wrote in the note.

Fears of a recession trumped the tail risks from inflation and the war in Ukraine, the survey showed. The bearishness has been extreme enough to trigger BofA’s own buy signal, a contrarian indicator for detecting entry points into equities. Strategists such as Kate Moore at BlackRock Inc. and Marko Kolanovic at JPMorgan Chase & Co. have also suggested that concerns of an imminent recession are overblown. 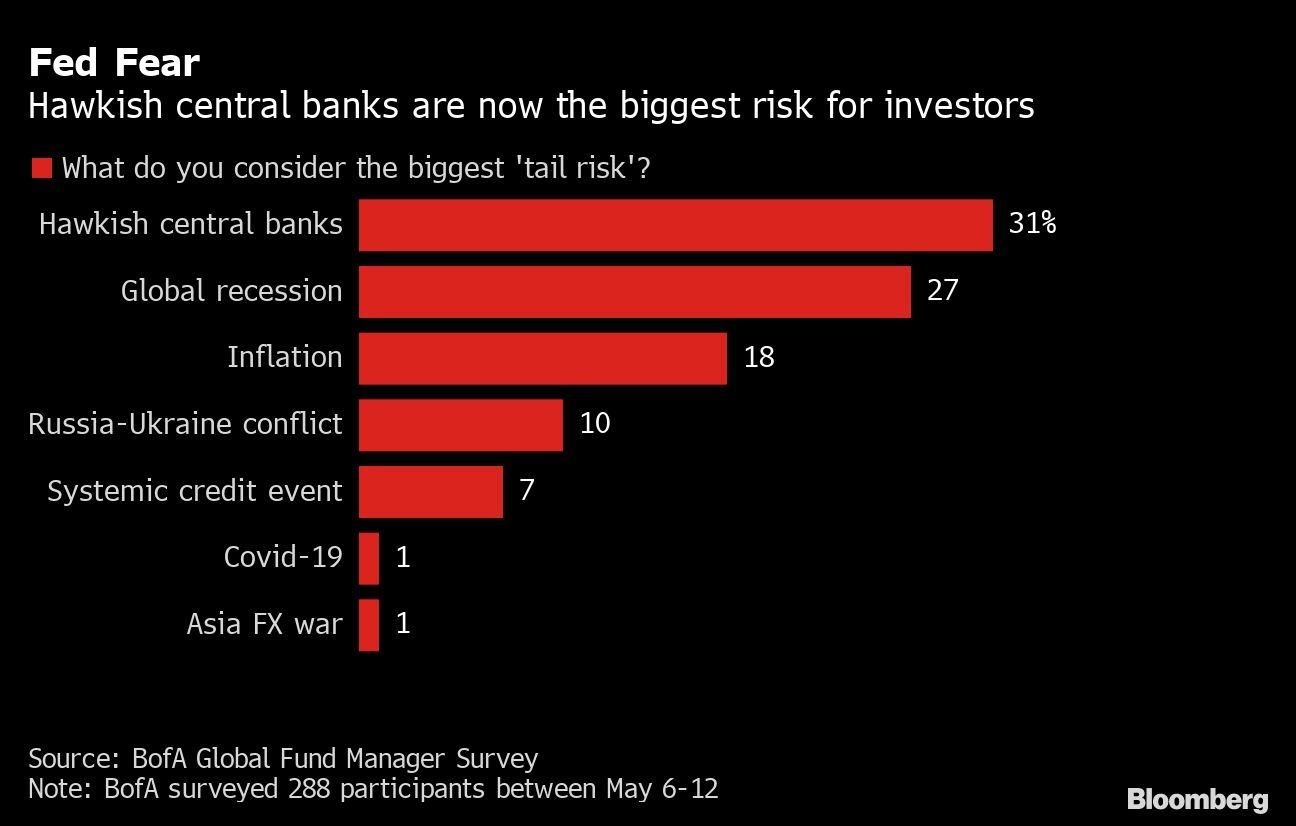 The BofA survey also showed that technology stocks are in the biggest “short” since 2006. Frothy tech shares have been particularly punished in the latest selloff amid concerns about future earnings as rates rise. On Tuesday, Nasdaq futures jumped 2.1 per cent, setting up tech shares for a rebound.

Other findings in the May survey: