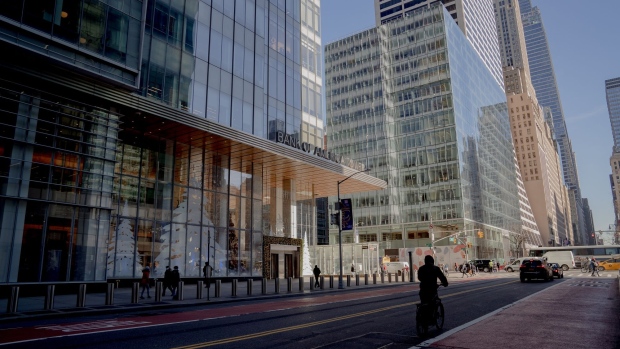 (Bloomberg) -- Bank of America Corp. is boosting pay for senior bankers in an effort to retain top talent.

The company increased base salaries for its managing directors in investment banking and markets to $500,000 from $400,000, according to people with knowledge of the matter. Directors are getting a bump to as much $350,000 this year from $250,000, the people said, asking not to be identified discussing plans that aren’t public. Beyond their salaries, finance-industry employees in such positions receive a significant portion of their compensation in bonuses.

Bank of America is among Wall Street firms seeking to hold onto employees at risk of being poached as competition for high performers escalates. Payouts have become more and and more generous, with banks like Goldman Sachs Group Inc. dolling out a special one-time stock reward in addition to annual bonuses.

On top of regular compensation, Bank of America’s staff who earn as much as $500,000 a year will get to share in a pool of $1 billion in restricted stock, Bloomberg reported Tuesday. About 97% of the bank’s global workforce is eligible for that incentive.

Payouts at Bank of America follow a record year for the bank, which reported $32 billion in net income for 2021. The company grew revenue faster than expenses, which are expected to be flat this year despite an increase in employee pay, executives said.