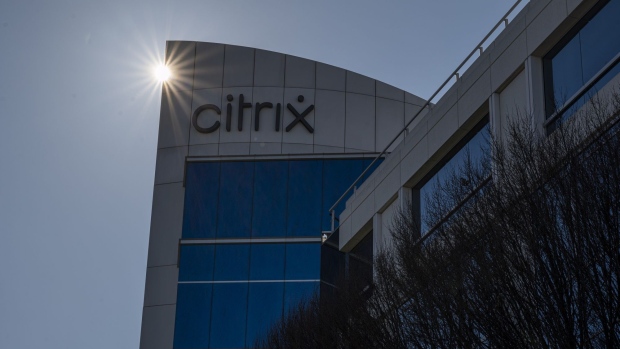 (Bloomberg) -- The banks backing the $15 billion debt sale for the buyout of Citrix Systems Inc. have decided to wait to launch the leveraged loan and high-yield bond offerings until after the US Labor Day holiday due to volatile markets as recession fears curb appetite for riskier assets.

The lenders, led by Bank of America Corp., hope September will provide a more positive backdrop to sell the debt to investors, according to people with knowledge of the matter, who asked not to be identified discussing a private transaction.

The window to bring such a large deal may have closed, given that American debt markets typically see a slowdown in August as investors and bankers go on vacation. Deals generally start heating up again after the holiday, which is on Sept. 5 this year.

Banks committed to the financing in January, but since then, the cost of borrowing has increased significantly above the maximum yields they promised on the debt, leaving them on the hook for about $1 billion in losses. Issuance of new debt has slowed to a trickle, and almost all deals that are getting done are pricing at steep discounts to par.

Bank of America began reaching out to investors this month to gauge their interest in the Citrix debt package, Bloomberg reported.

If all regulatory approvals are received earlier than expected, there is a slight chance the deal could launch before Labor Day, one of the people added.

Vista Equity Partners and Elliott Investment Management agreed to take Citrix private for about $16.5 billion in January, including debt, when credit markets were still going strong. But now, with the economy tipping closer to a contraction, investors are turning more cautious.

The leveraged buyout of Citrix is expected to close in the third quarter, pending final regulatory approval, the company said in a statement this month. The deal was initially expected to close by mid-year, according to a Jan. 31 statement.