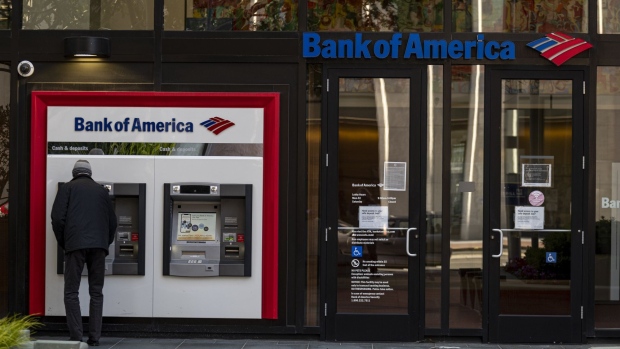 (Bloomberg) -- Bank of America Corp. outlined a series of next steps for the thousands of employees returning to its offices globally, as it seeks to cement its post-pandemic approach to work.

The bank told staff that office, travel and work-from-home policies will differ depending on the type of role and business at the bank, according to an internal memo seen by Bloomberg News. Specifics including days in or out of the office will be communicated by business heads in the coming days, the memo sent Tuesday said.

“Across the company, we will continue to use a multi-faceted approach for flexibility that responds to the multi-faceted nature of our businesses and work,” Bank of America’s management team wrote in the memo.

A representative for Bank of America declined to comment.

The framework follows a survey distributed across the company in April to gather feedback about workplace preferences that received more than 130,000 responses. Wall Street banks have been at the forefront of the push to bring staff back to their desks, recently clearing the final hurdles for full-time, in-person work.

At Bank of America, senior leaders will continue to be based in the offices, according to the memo. Chief Executive Officer Brian Moynihan said at a conference last month that the forthcoming policy will add “more formality to the flexibility.”

Roles that require in-office work, including financial center staff, will be fully based in the office though allow some flexibility through existing tools and programs, according to the memo. Some roles that require an in-office presence will have flexibility to work at home for a limited number of days per month, with others requiring a minimum of three days a week.

Formal plans will be specific to each business unit for a reason, Moynihan said in September. “Otherwise you’ll be subject to a lot of different interpretations, and we need to make it consistent and fair across units.”