Gains in the retail division helped drive overall profit to a record in the second quarter as loans and deposits grew, while mortgage activity surged and provisions for bad loans posted a surprise drop from the first quarter. The trading division, where revenue declined 10 per cent, fell victim to the same slump its bigger rival JPMorgan Chase & Co. suffered during the period.

“We see solid consumer activity across the board, with spending by Bank of America consumers up 5 per cent this quarter over the second quarter of last year,” Chief Executive Officer Brian Moynihan said Wednesday in a statement. 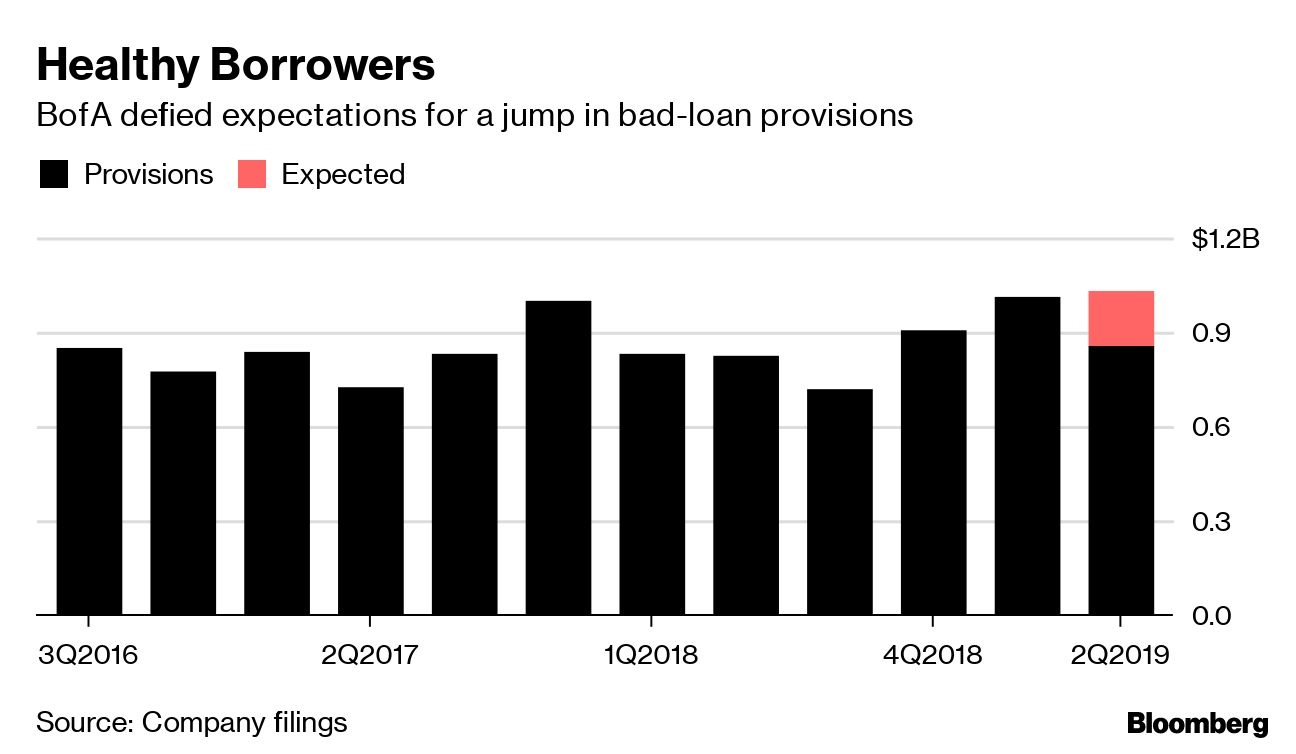 The biggest U.S. banks are benefiting from a solid job market, relatively strong economic growth and Federal Reserve interest-rate increases stretching back to late 2015. Despite profit blowouts in recent quarters, some investors are becoming more cautious on financial stocks amid speculation the Fed will cut rates this month. That’s prompted shares to trail the broader market.

Bank of America’s net interest income -- revenue from customers’ loan payments minus what the bank pays depositors -- rose three per cent to US$12.2 billion, compared with the US$12.3 billion average estimate in a Bloomberg MODL survey. The bank joined rival lenders including JPMorgan, Wells Fargo & Co. and Citigroup Inc. in reporting sliding net interest margins compared with the previous quarter.

In the trading division, revenue dropped to US$3.27 billion, less that the average estimate of US$3.32 billion.

The lender announced last month it would return as much as US$37 billion to shareholders over the next four quarters by raising its dividend by 20 per cent and boosting stock buybacks.