Investors who generate solid cash flow may benefit from a recession: Brianne Gardner

Investors are flocking to cash and shunning almost every other asset class as they turn the most pessimistic since the global financial crisis, according to Bank of America Corp. strategists.

Cash had inflows of US$30.3 billion, while global equity funds saw outflows of US$7.8 billion in the week through Sept. 21, the bank said in a note, citing EPFR Global data. Bond funds lost US$6.9 billion, while US$400 million left gold, the data showed.

Investor sentiment is “unquestionably” the worst it’s been since the crisis of 2008, with losses in government bonds being the highest since 1920, strategists led by Michael Hartnett wrote in the note. They see cash, commodities and volatility continuing to outperform bonds and stocks, with Bank of America’s custom bull and bear indicator returning to the maximum level of bearishness. 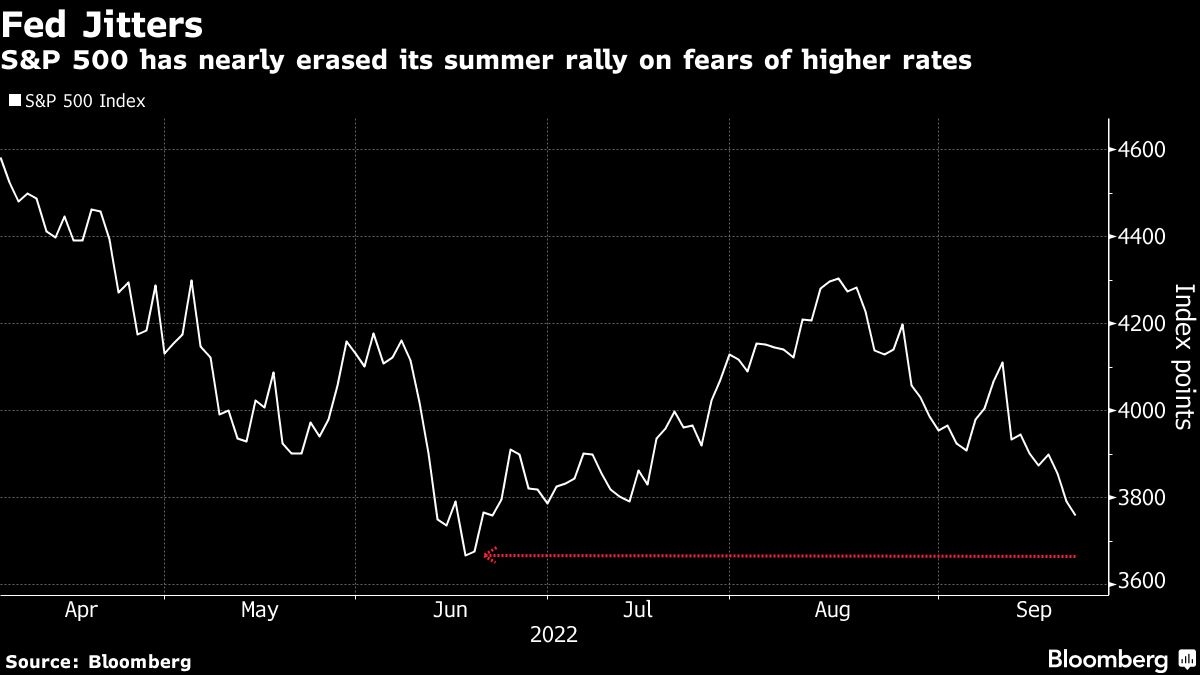 Fears over inflation and rising rates deepened this week on signs that the Federal Reserve won’t soften its resolve to tighten monetary policy even if aggressive rate hikes tip the economy into a recession. Global risk assets were roiled again, with the S&P 500 Index on course for its fifth weekly decline in six and nearly erasing gains made over the summer following a stronger-than-expected earnings season.

Hartnett expects US stocks to fall further as valuations come under pressure from tightening financial conditions, rising geopolitical risks and the dimming outlook for global growth.

His forecast for corporate earnings suggests the S&P 500 will trade between 3,300 and 3,500 points -- at least 7 per cent below current levels. Goldman Sachs Group Inc. strategists slashed their year-end target for the US benchmark index late on Thursday, also warning that a dramatic upward shift in the outlook for interest rates will weigh on valuations.

In Europe, equity funds posted outflows for a 32nd straight week, according to BofA’s note. By trading style, US large caps had inflows, while value, growth and small caps all saw outflows.

Among sectors, real estate had the biggest additions at US$400 million, while financials and consumer stocks saw the largest redemptions.