There's a lot of opportunities for investors in defence stocks for a long term: Jeff Hull

Spiraling losses on Wall Street are now snowballing into forced asset liquidation, according to Bank of America Corp. strategists.

The NYSE Composite Index, which includes US stocks, depositary receipts and real estate investment trusts, has broken multiple technical support levels including its 200-week moving average, the 14,000 mark, as well as 2018 and 2020 highs. Now accumulated losses could be forcing funds to sell more assets to raise cash, accelerating the selloff, according to Bank of America.

The “best Wall Street barometer” is breaking down, strategists led by Michael Hartnett wrote in a note on Thursday, keeping a tactically bearish view until panic selling forces a central bank intervention. 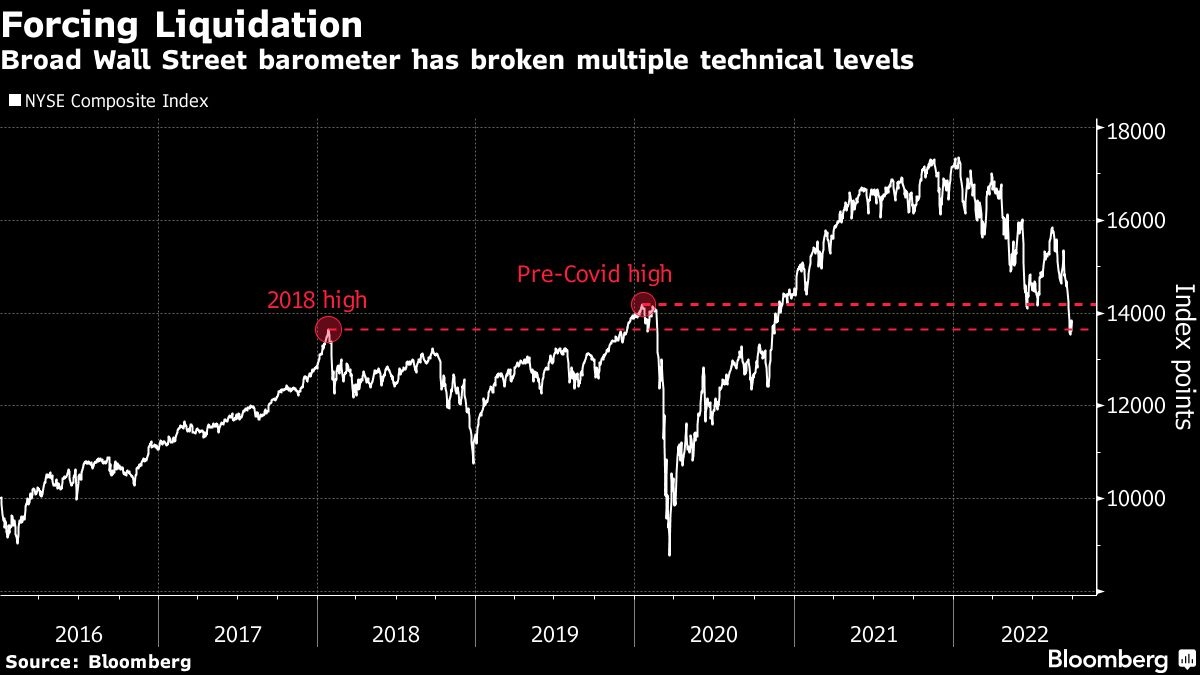 Stocks are falling again Friday, with the S&P 500 heading toward its third straight quarter of losses for the first time since 2009 and the Nasdaq 100 Stock Index for the first time in 20 years. Investors are bracing for more pain. Stocks have been tumbling amid concerns the Federal Reserve will hurl the economy into a recession while tightening policy, weighing on earnings in the process.

“Markets stop panicking when central banks start panicking,” Hartnett said, adding that he expects the S&P 500 to drop to 3,333, forcing a “policy panic” possibly around the G20 meeting in November. He predicts an equity rally after that, but says the US market won’t touch a “big low” until the first quarter of next year, when a recession and a credit shock will lead to a peak in yields, dollar and the Fed’s hawkishness.