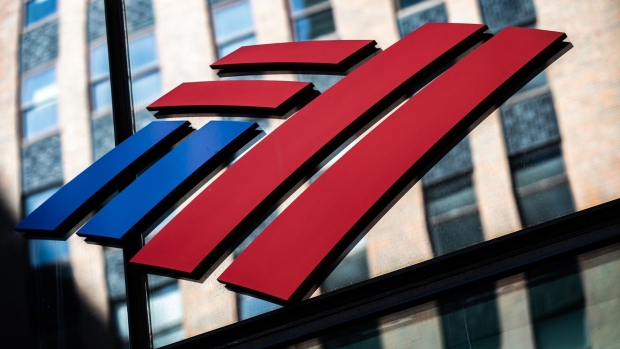 Bank of America Corp. signage is displayed at a branch in New York, U.S., on Sunday, July 12, 2020. Bank of America is scheduled to release earnings figures on July 16. Photographer: Jeenah Moon/Bloomberg , Bloomberg

Bank of America Corp.’s traders didn’t seize on the markets boon that lifted rival banks in the third quarter.

Revenue from trading rose 3.6 per cent to US$3.34 billion, falling short of the US$3.5 billion that analysts had forecast. While JPMorgan Chase & Co. and Citigroup Inc. each posted jumps of at least 17 per cent at their trading desks, Bank of America’s small increase wasn’t enough to boost overall revenue as the bank’s consumer unit saw a 17 per cent slide.

Wall Street trading desks have benefited from active markets during the pandemic, and those results have propped up lending units that are grappling with broader economic hardship in the U.S. after the coronavirus pandemic shuttered businesses and put millions of Americans out of work.

Chief Executive Officer Brian Moynihan has called for another round of federal stimulus to keep businesses afloat and promote economic recovery. With its 4,300 branches across the country, Bank of America is often seen as a bellwether for the U.S. consumer. And while it increased loan-loss reserves, the company’s leaders have expressed more optimism than their peers on the economy, citing a rebound in consumer spending and robust credit quality.

The bank set aside US$1.39 billion more for soured loans, less than analysts had estimated. That follows JPMorgan and Citigroup, which on Tuesday earmarked a combined US$2.87 billion for loan losses in the third quarter, less than half what analysts expected.

Net interest income at Bank of America, or revenue from customer loan payments minus what the company pays depositors, fell to US$10.2 billion on a fully taxable-equivalent basis, compared with analysts’ US$10.3 billion median forecast.

Earnings also were affected by some one-time items, including a US$700 million gain from a deferred-tax asset in the U.K., which was countered by litigation costs.

Bank of America shares fell 2 per cent at 7:07 a.m. in early New York trading. The stock was down 29 per cent this year through Tuesday.

Also in the third-quarter results: