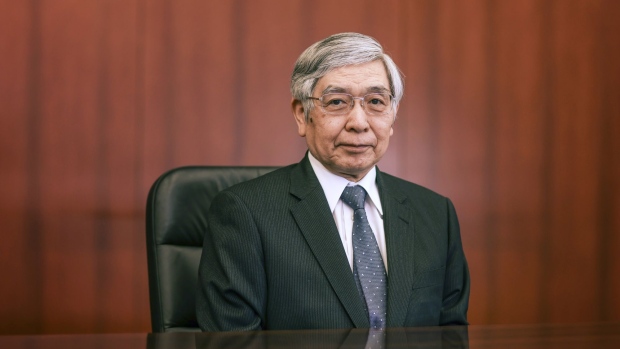 Haruhiko Kuroda, governor of the Bank of Japan (BOJ), at the central bank's headquarters in Tokyo, Japan, on Thursday, May 27, 2021. BOJ will consider climate change in its monetary policy discussions, Kuroda said in his clearest signal yet that the central bank is looking to support the battle against global warming. , Bloomberg

(Bloomberg) -- Japan’s central bank chief has weighed into the debate over the potential impact of China Evergrande Group’s debt crisis, predicting that the fallout will remain limited for now.

There are “nervous” movements in global financial markets because of the Evergrande issue and the Bank of Japan will continue to monitor the situation closely, Governor Haruhiko Kuroda said Wednesday at a news briefing after keeping monetary stimulus unchanged.

There’s no need to expect a large slowdown in the Chinese or U.S. economies, Kuroda added.