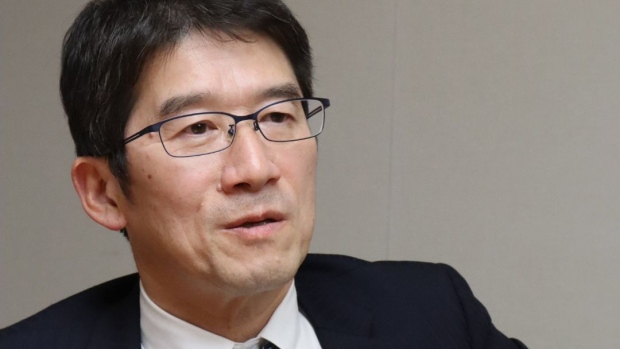 (Bloomberg) -- The Bank of Japan is likely to narrow the scope of its Covid aid, but keep it in place for longer in an attempt to focus the measures on businesses that still need help, says a former top official.

“A partial extension is possible,” said Eiji Maeda, who led the central bank’s pandemic crisis response before stepping down from his post as executive director in May last year. “Funding is becoming an issue that’s focused on some businesses and some sectors. It’s no longer an issue for monetary policy, which addresses the overall economy.”

With the aid scheduled to expire at the end of March, Maeda expects a decision on its fate as soon as next week’s BOJ meeting.

While credit conditions for big companies have improved along with the market for corporate bonds and commercial paper, the omicron variant of the virus has made some BOJ officials wary of ending or shrinking the program, people familiar with the matter said last week.

Maeda said the BOJ could extend some parts of the program beyond March, while scaling back other areas such as its corporate debt buying. Depending on the impact of omicron, Maeda said he wouldn’t rule out the chance of the bank simply extending the whole program.

The BOJ has taken a two-pronged approach in its Covid aid, using expanded purchases of corporate bonds and commercial paper to help bigger businesses and using incentives for private-sector lending to help smaller firms.

Maeda said the BOJ could lower the ceiling on its corporate debt purchases to pre-crisis levels, while maintaining aid for small firms by allowing their lenders to take advantage of interest-bearing accounts at the central bank for longer.

The BOJ could choose to slowly wind down the outstanding Covid loans by allowing some of them to rollover, he said.

One factor to consider, according to Maeda, is that the BOJ may not want to appear out of sync with Prime Minister Fumio Kishida. The premier said Monday he was determined to remain alert to virus developments and to support the economy. His administration last week took the aggressive step of closing Japan’s borders to new entries by foreigners.

Longer term, Maeda said a public backlash against the BOJ’s ultra-easy policies could start to build if the yen were to weaken amid interest-rate hikes by the Federal Reserve next year, making imports even more expensive, especially given that gas prices at the pump are already so high.

If underlying inflation tops 1%, bank officials could begin to discuss ways of inching back from their current policy settings, Maeda said.

“Negative rates and yield curve control are emergency measures,” he said. “It wouldn’t be surprising if the bank starts discussing ways of tweaking them, not as a way of normalization but in order to pull back from its emergency stance.”