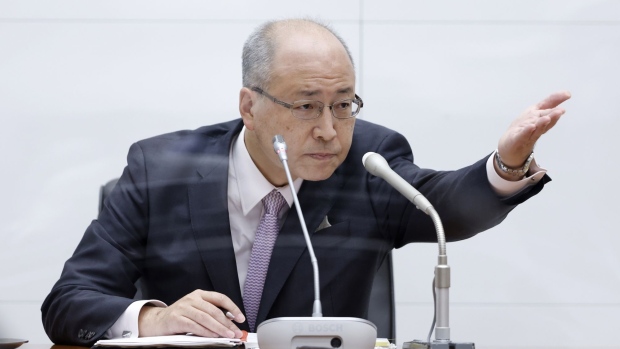 (Bloomberg) -- Bank of Japan board member Hajime Takata told the Nikkei newspaper it is not time to end yield curve control, indicating that he sees a need for the central bank to continue its ultra-easy monetary policy.

Takata, who in July became one of the first two new board members under Prime Minister Fumio Kishida, has previously warned about the side-effects of ultra-easy policy, according to the publication. It may be difficult to reach the BOJ’s target of stable 2% inflation, but this difficulty won’t last forever, with firms becoming more positive about capital investment and pay rises, Nikkei cited him as saying.

Takata said it is too soon to start a discussion about concrete methods of ending yield curve control and careful messaging would be needed when the time comes, the newspaper reported. Unexpected risks may have built up due to the assumption of low interest rates among households, firms and financial institutions, he said in the interview.