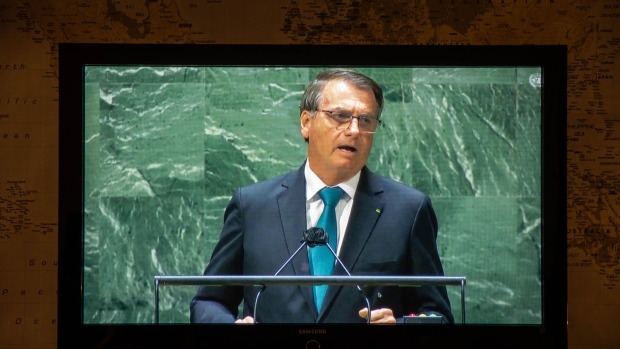 (Bloomberg) -- Brazilian President Jair Bolsonaro is publicly floating the privatization of state-controlled oil giant Petrobras, creating a distraction from rising fuel prices that are straining the economy ahead of elections next year.

The combination of a domestic devaluation and a global oil rally has sent Brazilian fuel prices soaring, accelerating inflation and causing a backlash from truck drivers, one of Bolsonaro’s key constituents. Bolsonaro has said he can’t control prices and has repeatedly suggested the government sell its stake.

While shares have rallied on the news, it won’t be easy. A similar plan to sell the government’s controlling stake in state-controlled utility Eletrobras took years to make it through Congress, and the government is only preparing the sale for 2022. Brazilian Senator Fernando Bezerra Coelho, the government whip, said Tuesday that the postal service would need to be privatized before Petrobras.

When gasoline and diesel shot up earlier this year, Bolsonaro engaged in a public spat with Petrobras’s previous CEO over the rapid pace of adjustments, and wound up fielding a general to fill the role. This time, Bolsonaro appears to be reluctantly accepting that market forces, not the government, need to set prices, and has suggested unloading the entire company instead of feuding with management.