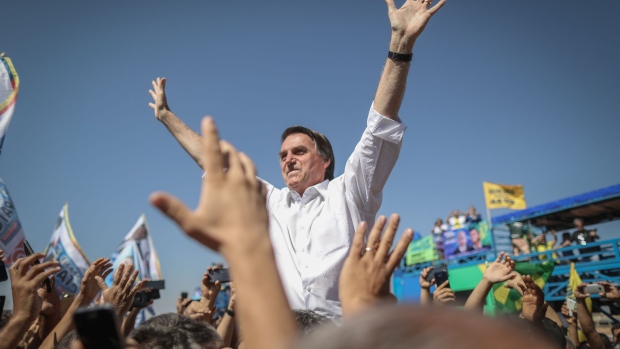 (Bloomberg) -- Olavo de Carvalho, a controversial far-right crusader who became an inspiration for Brazil’s President Jair Bolsonaro, his sons and supporters, has died. He was 74.

Carvalho died Monday night at a hospital near Richmond, Virginia, according to a post on his Twitter account, which did not inform the cause of his death. He had been living in the U.S. since 2005.

Bolsonaro lamented his passing on Twitter, saying he “was a giant in the battle for freedom and a beacon for millions of Brazilians.”

Carvalho, who wrote dozens of books about politics and philosophy, tested positive for Covid-19 two weeks ago, when he was forced to cancel the online classes where he taught a mix of economic liberalism and conservative moral values, peppered with conspiracy theories and obscene language.

He had previously cast doubt on the lethality of the virus.

“This pandemic simply doesn’t exist, this is a horror story to put fear in population,” he said in a March 2020 video posted on his social media, where he had more than 750,000 followers.

He had an oversize influence over Bolsonaro and some of his cabinet members in the beginning of the administration, but recently became more critical of the president, saying he was a failure in the “fight against communism.”