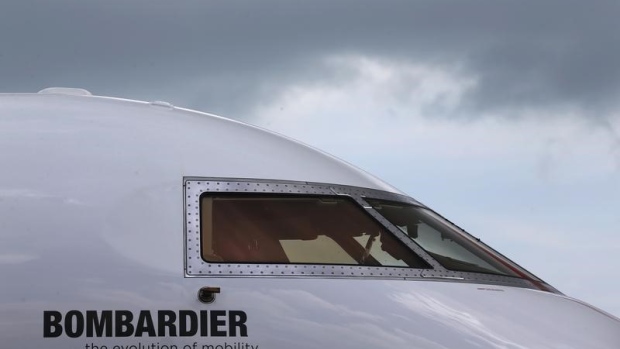 MONTREAL -- Bombardier (BBDb.TO) pushed back against Brazil after the South American country vowed on Monday to launch a trade challenge against Canada over financial support for the aerospace and transportation company.

Company spokesperson Olivier Marcil says the Montreal-based company is confident that all investments in the company "are fully compliant" with all World Trade Organization rules and regulations.

He added that Brazil's threatened action is "ironic" given the level of government subsidies and support it has given to Brazilian aircraft manufacturer Embraer.

Bombardier responded after Brazil's Foreign Ministry issued a statement saying support for the company is incompatible with WTO rules and affects its Brazilian rival.

Brazil is complaining about US$2.5 billion in investments injected into Bombardier.

Bombardier received a US$1-billion investment in the CSeries jet from the Quebec government this year and in late 2015 sold a 30 per cent stake in its railway division to pension fund manager the Caisse de depot for US$1.5 billion.

Ottawa is also looking to invest US$1 billion, which Brazil says is designed to ensure the viability of the new commercial jet by supporting sales at artificially reduced prices.