'It's a life saver': Bombardier selling rail unit to Alstom

Bombardier Inc. selling its rail unit to Alstom SA drew mostly positive reaction Tuesday from analysts, who said it will help Bombardier address its hefty debt, while also focusing its efforts on business jets, where it has competitive offerings across a range of products.

Analysts also pointed to the cyclicality and competitiveness of the private-jet market, factors that Bombardier will no longer be able to offset with other business units. Another potential hurdle is regulatory scrutiny, after Alstom’s attempted tie-up with Siemens AG was scuttled by European regulators a year ago.

Investors seemed unsure of how to react to the news, which sent Bombardier shares up as much as 12 per cent and down as much as 10 per cent in Toronto. 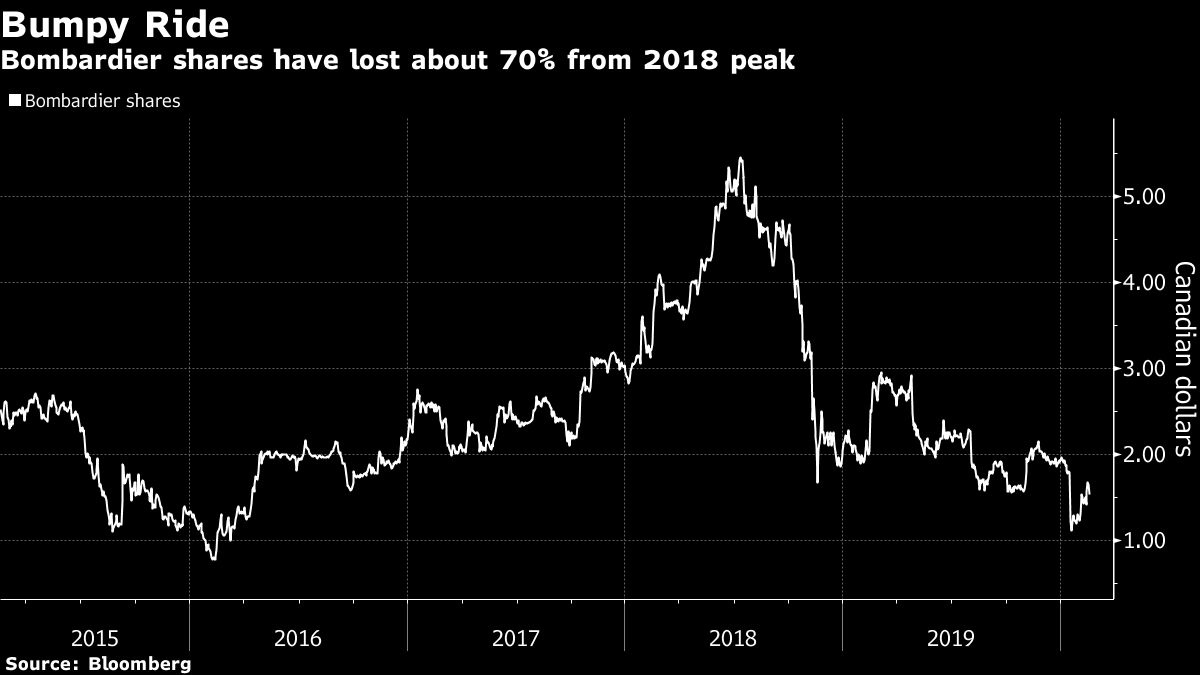 The sale allows Bombardier “to de-leverage and focus on the remaining Business Aviation franchise, where we believe the company has strong/competitive products with upside potential in operating margins and cash flow over the coming years.”

Bombardier’s business jet division “could be disadvantaged, however, as a standalone company competing against well-capitalized peers with lower cost of capital and could be subject to M&A down the road, in our opinion.”

Bombardier’s agreement to sell its rail unit to Alstom is “a transformative deal poised to deleverage the company and reposition it as a nimble, pure-play business jet enterprise.”

Believes the sale price is “solid” and the combination “will likely be more palatable” than the Alstom-Siemens deal that was blocked a year ago.

Hansen upgraded the stock to outperform from market perform and raised his price target to $2.75 from $1.75.

Views the sale “as maybe the best solution available for Bombardier as it addresses the main issue facing the company -- it has too much debt despite its strong product portfolio.”

Notes that Bombardier’s pro forma net cash will increase to a range of $6.5 billion to $7 billion from $4 billion and its pro forma debt will fall to $2.5 billion from $9.3 billion. This “supports the argument that the company can trade more in line with its peers.”

“While we are not currently highly constructive on the biz jet market due to soft demand, BBD is well positioned across the subsegments, particularly so in the most profitable large cabin segment where it only competes with Gulfstream.”

“Over time, we would expect excess bizjet capacity to be absorbed, which should enable demand to improve for new jets.”

Says the sale represents a “new dawn” for Bombardier with a more focused business and a “newly cleansed balance sheet.”

The proposed sale “should eliminate the most pressing issues with the company’s capital structure,” but longer term it “could be more susceptible to the financial cycles tied to the business aircraft market, which a diversified portfolio was always intended to buffer.”

Notes that there are still several moving parts, including shareholder and regulatory approvals.