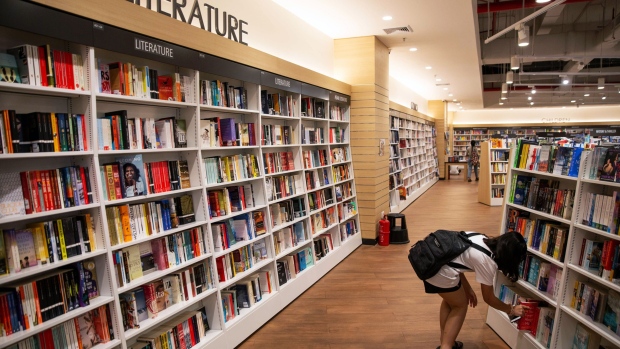 A customer picks out a book in the Kinokuniya Co. book store at the Aeon Mall in Phnom Penh, Cambodia, Sunday, May 26, 2019. , Photograph: Taylor Weidman/Bloomberg

Thomas Allen & Son, one of Canada's oldest book distributors, will close its doors in a matter of months, becoming what the company's CEO describes as another casualty of consolidation in the publishing industry.

Jim Allen said he had little choice but to shutter the 106-year-old business after several publishers it worked with were acquired by larger houses that handle distribution in-house.

"It's just one more marker for the changes that have been occurring in the industry," said Allen, whose great-grandfather founded the distributor. "There have been a number of pretty large, independent family-owned companies that do what we do that have disappeared over the years."

Thomas Allen & Son distributes books, most of which are published internationally, as well as stationery and calendars to bookstores, libraries and other retailers.

Allen said plans for the closure were made in 2021 after Workman Publishing, whose books and calendars made up a significant portion of his company's annual sales, was acquired by Hachette Book Group. Hachette handles its Canadian distribution in-house.

"It was sort of a foregone conclusion. I had considered selling the business, and I had spoken privately to a number of different people about that," he said.

But as the company isn't a publisher and doesn't own any intellectual property, he said options for selling the company were limited.

Allen said he came up with what he believes is a best-case solution for the closure: passing distribution contracts to the Richmond Hill, Ont.-based Firefly Books starting at the end of March 2023.

Firefly is largely a publisher, but has a small distribution arm that will expand to take on these contracts, Allen said.

As it stands, roughly 10 staff members work in Allen's office, he said, and 20 work in the warehouse. He said about eight of the office staff will be offered contracts with Firefly, as will some of the warehouse workers.

"It was not an easy decision," Allen said of the closure. "But I think it's probably the best decision under the circumstances as the market gets more and more difficult."

Jim Allen is the fourth Allen to helm the company, and in 2000 he launched a renewed publishing division, Thomas Allen Publishers, which he sold to Dundurn Press in 2012.

This report by The Canadian Press was first published Dec. 6, 2022