Traders are splurging billions of dollars on “complex” ETFs to ride out the crushing bear market across assets -- just as Wall Street watchdogs threaten intrusive measures to limit retail participation.

Issuers including ProShares Advisors LLC, Direxion and Innovator ETFs have been flooded with nearly US$24 billion of inflows this year into these typically derivatives-powered exchange-traded funds. Investors are navigating the crash in everything from stocks and crypto to fixed income by using the ETFs to bet on more pain or to nab outsize returns during market rebounds.

The bulk of the trading instruments likely fall under the “complex” banner, an ever-expanding category that includes leveraged and inverse vehicles and -- if regulators get their way -- potentially digital tokens and so-called defined-outcome trades.

The products are a growing corner of the almost US$6.4 trillion industry, defying words of caution issued by the US Securities and Exchange Commission and others.

“We have this bizarre situation where products have launched and then the SEC staff is saying not to use them,” said Dave Nadig, an ETF expert at data provider and research consultants VettaFi.

Innovator ETFs, which manages defined-outcome trades that hedge market exposures, is fresh off its first-ever billion-dollar quarter of inflows. A ProShares fund that tracks three-times the inverse performance of the Nasdaq 100 got a record one-day inflow of US$460 million last week. Assets in US leveraged and inverse trading ETPs have climbed around 8 per cent from the end of June to US$72 billion, according to Bloomberg Intelligence data.

Meanwhile, the first single-stock ETFs launched in the US this month, with more than 80 such filings sitting in the SEC’s queue.

The Financial Industry Regulatory Authority called for comments in April on whether more measures should be introduced to raise the barriers to entry for complex products. After receiving a record 12,000, the agency is evaluating whether any rule changes are warranted, said a spokesperson in an email to Bloomberg News. 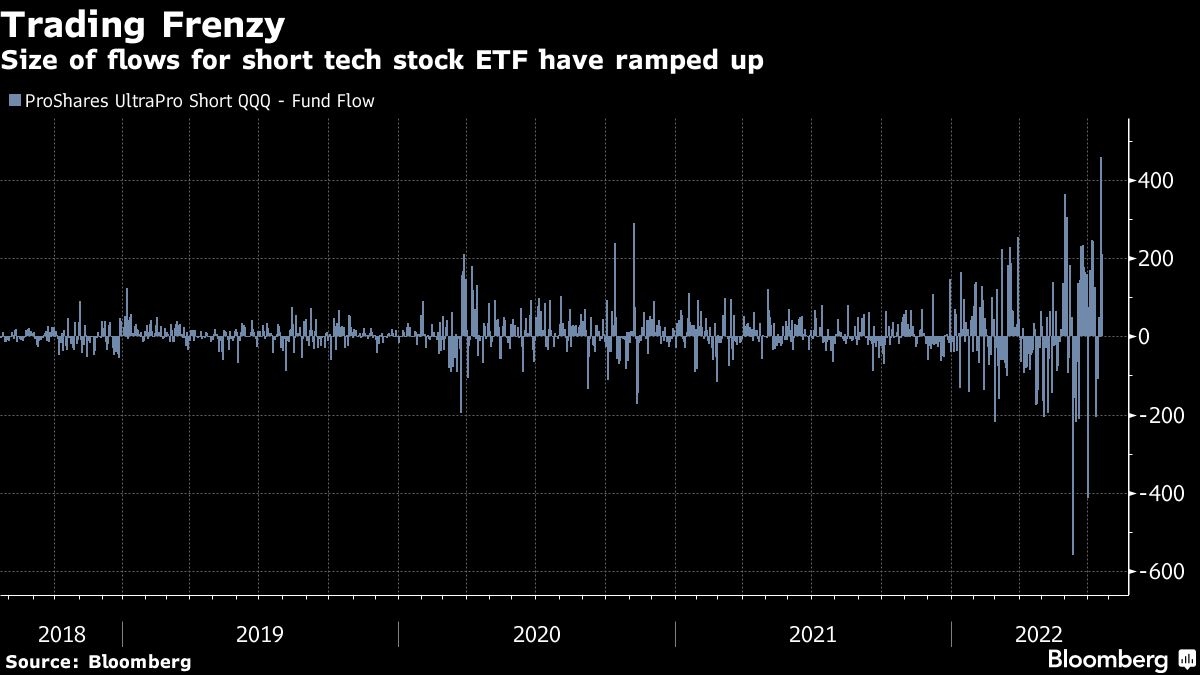 In an industry defined by rock-bottom fees, it’s inevitable that issuers will attempt to meet that demand with “hyper-narrow, heavily structured products” that command higher expense ratios, according to Nadig. “There’s very little green field left to build straight-forward and low-cost products, so the only things left are more complex products.”

That’s the case behind the first US single-equity ETFs. AXS Investments launched eight such funds last week with expense ratios of 1.15 per cent, within days of SEC Chair Gary Gensler saying such products “present particular risk” in a press call. Gensler’s warning followed a call from Commissioner Caroline Crenshaw for the agency to adopt new rules.

Yet single-stock funds have been able to list in part thanks to rule changes in 2019 and 2020 that allow leveraged and inverse ETFs to launch without first getting the SEC’s approval. That’s led to the current dynamic where regulators are “simultaneously dissing and approving” these ETFs, Nadig said.

“Complex doesn’t mean more risky, you just have to understand what it is,” Nadig said. “For example, DBMF and PFIX absolutely are complex, but the right tools for the market we’re in right now.”

The US$440 million iM DBi Managed Futures Strategy ETF (ticker DBMF), which holds futures contracts across commodities and equities, has returned 24 per cent this year thanks to the one-way inflation momentum trade. The US$292 million Simplify Interest Rate Hedge ETF (PFIX), which uses options to ride floating interest rates, has gained about 44 per cent in 2022. 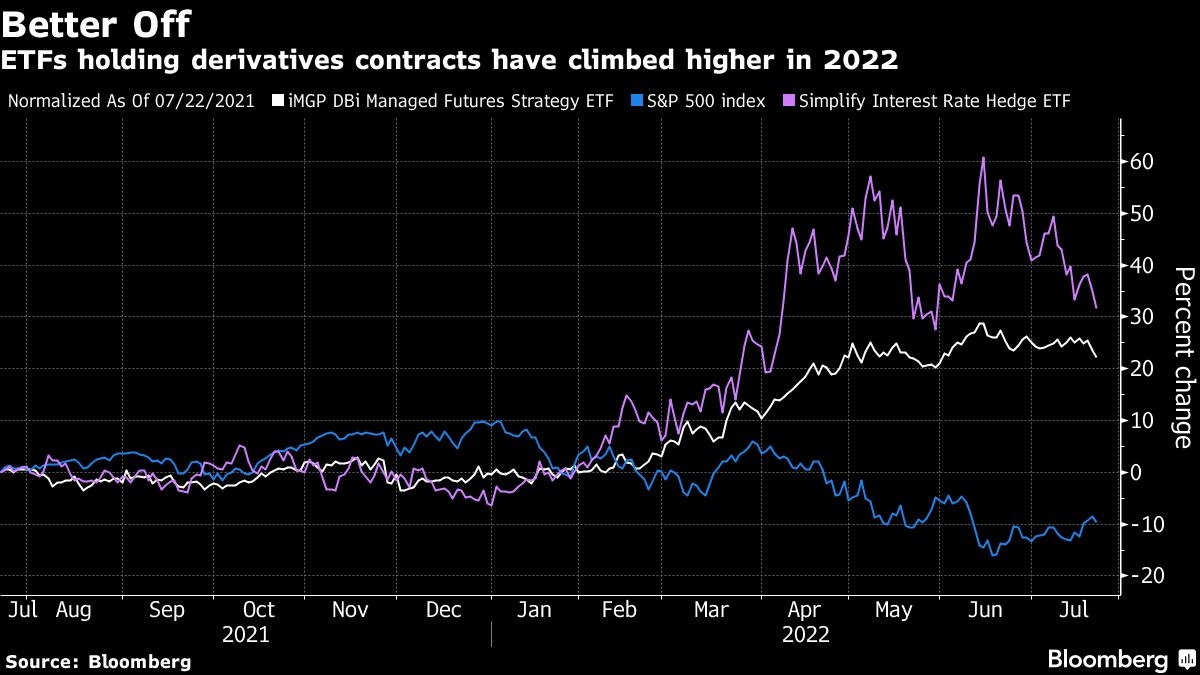 While the S&P 500 has entered bear-market territory, the US$175 million Innovator Equity Power Buffer ETF-August (PAUG), which seeks to buffer against the first 15 per cent of losses in the SPDR S&P 500 ETF Trust (SPY) over its 12-month outcome period, has outperformed the fund by 8 per cent since last July.

“Even though our growth is very good and very strong, it could have been much faster and much better if they had not put this label of complex product on our funds,” said Bruce Bond, chief executive officer at Innovator. “They’ve made it difficult for us to get in established brokerage distribution.”

Derivatives-heavy products labeled as “complex” by some regulators aren’t necessarily risky, according to Deborah Fuhr, co-founder of ETFGI. But curbing access to certain speculative funds may be no bad thing. She is hoping Finra will clarify things soon enough.

“Many people feel that there are a large number of investors who don’t understand how many leveraged and inverse products work,” she said.