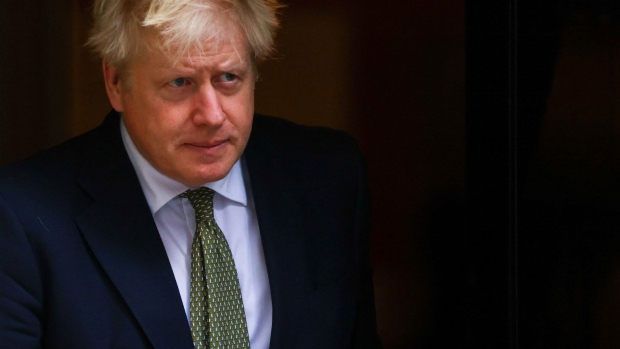 Boris Johnson insisted there are no immediate plans to ask Britons to curb socializing and work from home -- even after a government adviser said doing so could help limit the spread of the omicron Covid variant.

The British government has tightened rules on face coverings, self-isolation and testing since the emergence of omicron cast doubt over the risk to public health if it was found to be able to evade current vaccines.

But after the head of the U.K. Health Security Agency, Jenny Harries, said people should also avoid socializing when they “don’t particularly need to,” Johnson’s government declined to endorse her suggestion.

While the premier said Harries was “right” to ask people to be careful, he told broadcasters on Tuesday “we’re not going to change the overall guidance.”

The mixed messaging from officials is reminiscent of the early days of the pandemic, when the government faced heavy criticism for the confusion over face coverings, social-distancing rules and work from home guidance.

In responding to omicron, the government has said it is taking a “proportionate” approach to buy time for scientists to investigate the new strain, while also considering the impact of tougher rules on the economy.

Face coverings became mandatory again in shops and on public transport -- though not in hospitality settings -- from Tuesday, along with a requirement for people arriving from all countries to take a PCR test and isolate until they receive a negative result.

Johnson has stopped short of bringing in the government’s full “plan B” list of measures, which include mandatory vaccine certification for some crowded settings and advising people to work from home.

He is relying on an accelerated vaccine booster program to avoid more restrictions, after much of the country was in lockdown last Christmas.

The prime minister also faces pressure from lockdown-skeptic members of his ruling Conservative Party, who are urging the government not to overreact to the omicron variant. The U.K. has recorded 14 cases of the strain so far.

Members of Parliament are set to approve the new tightened rules in the House of Commons later on Tuesday, but a number of Tories criticized the government for bringing in the measures before the vote.

Desmond Swayne also lashed out at Harries’s advice for people to curb socializing, saying it would be “to the detriment of people’s wellbeing and an industry struggling to recover from earlier lockdowns.”

Another Conservative MP, Steve Baker, said employees of government departments should not broadcast “their own personal positions,” adding: “We really are facing chaos.”

During an interview with BBC radio, Harries was pressed on whether people in England -- which falls under Johnson’s remit for health care purposes -- should be advised to work from home as the devolved administrations have said in Scotland, Wales and Northern Ireland.

“If we all decrease our social contacts a little bit, actually that helps to keep the variant at bay,” she said.