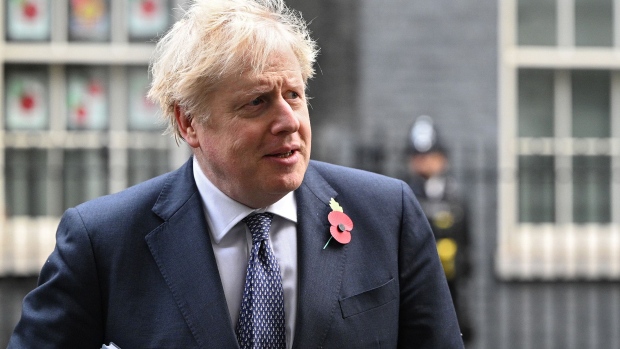 Prime Minister Boris Johnson confirmed England’s national lockdown will end next week, to be replaced by a tougher three-tier system of regional restrictions designed to last until spring next year.

Ministers are drawing up plans to allow rules to be relaxed across the U.K. in time for Christmas and Johnson said if all goes well with the roll-out of vaccines, “the vast majority” of people who need a shot will get one by April.

Under the new rules for England, from Dec. 2 shops, hairdressers and gyms will reopen across the country, but bars and restaurants will be takeaway only in areas under the tightest restrictions. The government will announce which tiers regions are being placed into on Thursday after looking at the latest data on infection levels.

The tier system in place before lockdown did not have a big enough impact on the transmission rate of the disease, the prime minister said. “So the scientific advice, I am afraid, is that as we come out our tiers need to be made tougher,” he said.

“This will still be a hard winter,” Johnson said. “But we have turned a corner and the escape route is in sight. We must hold out against the virus until testing and vaccines come to our rescue and reduce the need for restrictions.”

Some members of Johnson’s Conservative Party immediately pushed back on the plan, highlighting the damage to people’s health and livelihoods caused by months of restrictions. Johnson is hoping to avoid a sizable rebellion when MPs vote on the measures.

“We have to be convinced that these government interventions -- which will have such a huge impact on people’s lives, their health and their businesses -- are going to save more lives than they cost,” Mark Harper, a former cabinet minister who is chairman of the backbench Covid Recovery Group, said in an emailed statement.

The British Medical Association, which represents doctors, took the opposite view and warned the premier’s plan is not tough enough to control the disease.

“The prime minister has revealed a plan that is full of risks and threatens to undo the progress and undermine the difficult sacrifices the public have made,” said Chaand Nagpaul, chairman of the BMA council. “The prime minister says the new measures are tougher than October when in reality many are far more relaxed, at a time when infection rates and Covid-related hospitalizations and deaths remain high.”

England’s Chief Medical Officer Chris Whitty said easing restrictions to allow families to meet for Christmas would have an impact on spreading infections again. Johnson added: “This is not the moment to let the virus rip for the sake of Christmas parties.”

The whole of London will be placed in the same tier due to its “dense mass transit system,” the prime minister told members of Parliament. He did not say if this would be Tier 2, which the capital was in before lockdown.

“This is vital to protect livelihoods.,” she said. “We also need a thriving economy to help pay for the vast amount of support being provided at this time.”