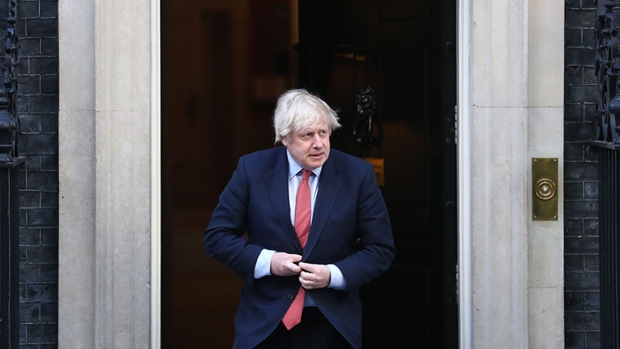 Boris Johnson wants Britons to lift their eyes to the horizon, forget Covid for a while and dream again. No longer cast as a Churchill at war, the British prime minister seems more inclined now to conjure up the healing figure of Franklin Delano Roosevelt, the U.S. president whose New Deal sought to pull America out of the Great Depression.

In an interview on Monday, Johnson spoke of a new “Rooseveltian approach to the U.K.”

The FDR reference wasn’t an accident. Michael Gove, a senior cabinet minister, devoted much of a weekend speech to the example of FDR, who “managed to save capitalism, restore faith in democracy, indeed extend its dominion, renovate the reputation of government, [and] set his country on a course of increasing prosperity and equality of opportunity for decades.”

Johnson will lay out more of his own new deal, including 5 billion pounds (US$6.1 billion) of infrastructure spending, in a speech on Tuesday. He has already lifted the curtain a little this week, unveiling a 1 billion-pound school-building project, concentrated mainly in England’s more deprived Midlands and northern regions, and another 560 million pounds in school renovations.

Whether or not the spending plan really matches the FDR rhetoric, it is meant to signal a break from Johnson’s pretty disastrous management of the Covid-19 pandemic. It puts him on more familiar territory — painting in broad, optimistic brushstrokes rather than explaining cumbersome quarantine rules. He also wants to reassure working-class voters, who abandoned their support of the Labour Party and switched to Johnson’s Conservatives in the December election, that he remains committed to his promise to rebalance Britain’s economy. As my colleague Martin Ivens wrote on Monday, he has a more formidable opponent now in Labour’s new leader Keir Starmer.

It’s easy to see what attracts Johnson to FDR. Roosevelt was deeply attuned to the public mood, something Johnson values hugely. He projected an irrepressible cheerfulness, whatever his private worries. His theme song, “Happy days are here again,” was a refreshing change from the Herbert Hoover Depression anthem, “Brother Can you Spare a Dime?”

Like Johnson, FDR had a knack for co-opting good ideas. Many of his New Deal programs were adaptations of policies started by Hoover. Roosevelt leaned heavily on key advisors, such as Jesse Jones, the Texan Democrat who ran the Reconstruction Finance Corporation, the Commerce Department and so much else that Roosevelt referred to him as “Jesus Jones.” Johnson’s adviser Dominic Cummings has similar power, though not the official titles.

FDR also offers a cautionary tale. His policies were often confusing and counterproductive. A fiscal conservative rather than a Keynesian deficit spender, he hiked income taxes, corporate taxes, taxes on “excess profits” and inheritance taxes, all of which slowed a recovery that took a decade. Historians disagree about his impact on the Depression. It was monetary expansion and meeting wartime orders that seemed to help most.

And yet, Roosevelt restored public faith in government. He’s considered one of the greatest U.S. presidents because in establishing a welfare safety net, he gave Americans their dignity back, if not much of a living standard until later. As FDR’s biographer Robert Dallek wrote, he “humanized the American industrial system.” 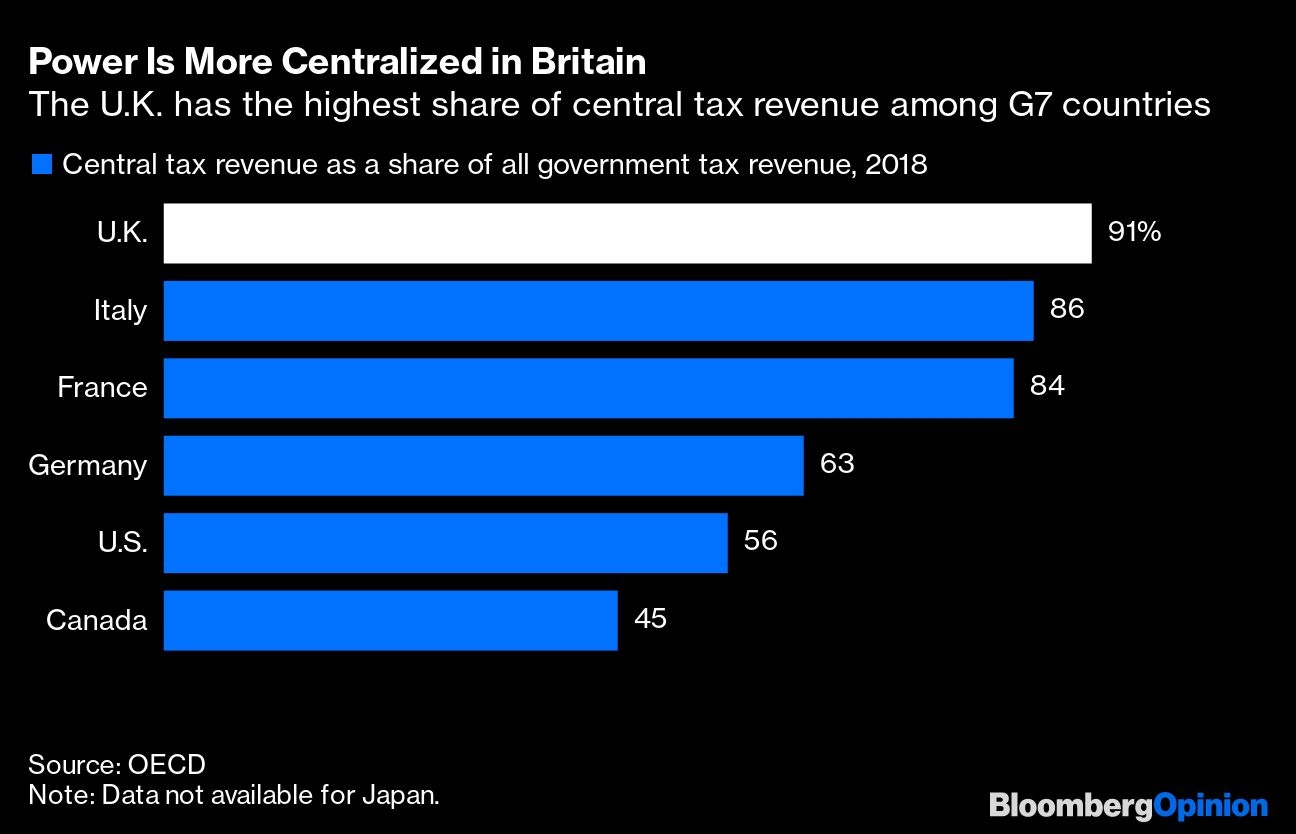 Unfortunately for Johnson, restoring faith takes more than a couple of speeches and some good intentions. If Johnson’s economic reforms aren’t done right, they will further erode trust in government and land Britain in a deeper hole. His government has performed abjectly on the Covid battlefield and confused just about everyone with the lifting of lockdown restrictions. It is still working to increase testing and to build a viable contact-tracing system. No wonder he’s ready for a different conversation, but can he deliver?

There will be questions about how to pay for the new spending spree. Chancellor of the Exchequer Rishi Sunak will need to borrow a lot more, and he will probably have to find a way to raise additional revenue without discouraging investment. But those are second-order questions. Britain’s Covid response failed not because the country couldn’t spend enough, but because of flawed decision-making and an inability to implement new policies well.

Johnson and Cummings argue that reform of the civil service will address both those failings. The goal may be worthy, but trying to overhaul the state bureaucracy while working to contain the pandemic, exit the European Union and rebalance the economy is risky. It also ignores the clear failings in Downing Street.

In some ways, Johnson’s challenge is the inverse of Roosevelt’s. Britain has a fairly strong welfare system, albeit with some big holes such as social care. But the country needs to rebuild and revive some of the foundations of its industrial, and post-industrial, strength, including education and infrastructure, and to empower local government.

The virus has strengthened the argument for reducing Westminster’s dominance. Britain is the most centralized government in the G7, when looking at revenue raised by local government. This increases inefficiency and makes it difficult for services to meet local needs. It also makes the state less accountable and more resistant to change.

Academics at the London School of Economics have noted how countries such as Germany and Switzerland, with decentralized systems and well-developed mechanisms for consensus-building between layers of government, have better handled the challenges of Covid-19. In the U.K, local councils and mayors were barely consulted. Leicester is the first English city to have a local lockdown and its leader was left in the dark.

This would be a worthy focus of reform. A 2015 Institute of Economic Affairs report argued that increasing the local share of taxation to 20 per cent from 5 per cent could raise GDP per capita by 6 per cent.

Johnson may have Roosevelt’s popular touch and appetite for bold action, and he’s right that Britain will need a more activist government for a while. But this new deal will be a bad deal if it tackles the wrong problems.