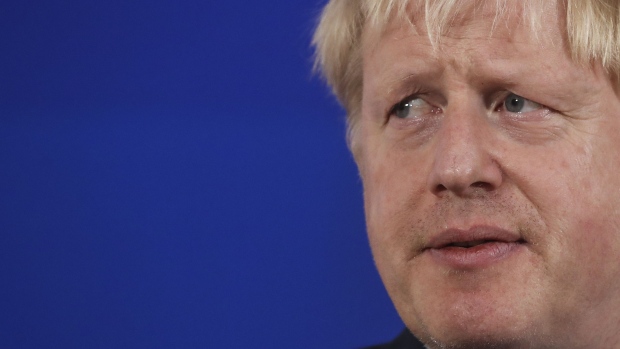 Boris Johnson may not even get the chance to put his Brexit deal to the vote on Saturday, with support growing for a move by an alliance of former Conservatives and opposition Members of Parliament to delay the decision by a week or more.

Former Tory minister Oliver Letwin and Labour MP Hilary Benn have put down an amendment to Johnson’s motion which would withhold approval for the Brexit deal until the bill that implements it is law.

If it is passed, Johnson would be unable to put his deal to the vote, leaving him in a situation where he’s obliged by law to seek a delay to Brexit.

The main opposition Labour Party is likely to order its MPs to support the amendment, according to two people familiar with the party’s plans. Other opposition parties are also on board. Johnson doesn’t have a majority, so the support of former Tories such as Philip Hammond and David Gauke gives the move a good chance of passing.

The amendment says Parliament should withhold approval of the deal “unless and until implementing legislation is passed.” That would automatically trigger the Benn Act, which says the prime minister must ask the EU for an extension if he hasn’t finalized a deal with both the EU and U.K. Parliament by Oct. 19.

Letwin won’t know until Saturday morning if his amendment has been selected for debate by Speaker John Bercow.