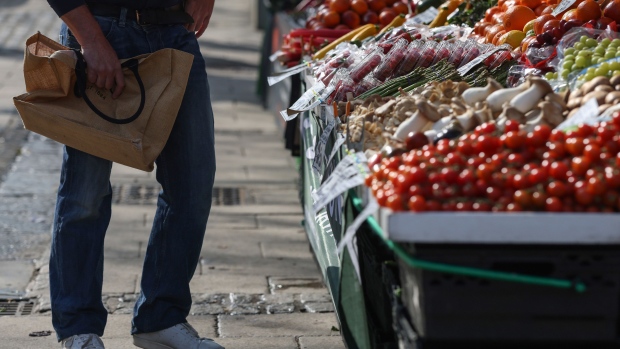 UK Inflation is at a four-decade high of 9%. , Bloomberg

Prime Minister Boris Johnson said the UK can a dodge a recession in the months ahead even as the cost of living crisis sets the stage for a “difficult” period.

Economic pressures are emerging as the gravest political threat to Johnson and his party, beyond the various scandals that have dogged his government such as the row over illegal parties in Downing Street during the pandemic.

Inflation is at a four-decade high of 9%, and predicted to go even higher, while the Bank of England is expecting a sharp contraction in growth later this year, and a prolonged stagnation afterwards.

But Johnson is more bullish on the outlook. Asked on Bloomberg TV whether the UK was headed for a recession, Johnson said “not necessarily at all.”

“There are ways forward for the UK that are incredibly exciting,” he continued. “If we make sure that we have a proactive approach to talent from abroad -- we want to control immigration but allow the talent that we need to come in -- we fix our energy supply issues, we fix the issues in the UK labor market.”

“One of the incredible things about the economy right now is that unemployment is at its lowest level since I was two years old.”

The comments come a day after Johnson’s government bowed to intense pressure to do more to tackle the UK’s cost-of-living crisis, unveiling billions of pounds of supports for households. While the move was welcomed as short-term fix, families are still facing soaring energy bills and prices in shops. Some lobby groups have called for a longer-term solution.

“We’re going to have a difficult period, and we’ve got to be absolutely clear with people it’s going to be difficult, and the government cannot solve every problem,” Johnson said. “We can’t cover everybody’s extra cost. But what we can do is make sure that we deal with the underlying causes of inflation, but also keep our economy strong and open to investment.”

With inflation soaring, the government is also grappling with demands for higher pay from public sector workers. Johnson’s senior ministers this week discussed the risk of public pay increases fueling inflation, a further hint that the government is preparing a major showdown with UK trade unions.

Johnson returned to that theme on Friday, saying “what we want is a high-wage, high-skill economy. The increases in wages have got to be driven by productivity gains, and not simply by inflation.”