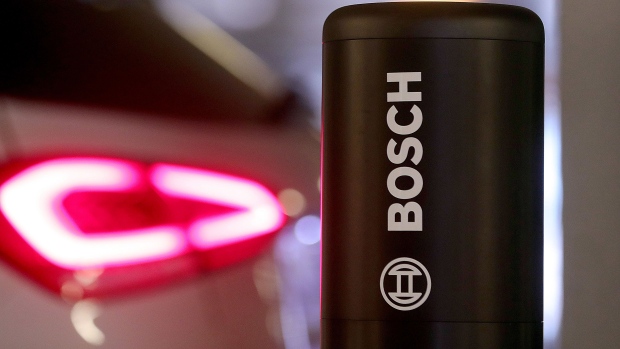 (Bloomberg) -- Robert Bosch GmbH is spending around $1 billion to make electric-vehicle components in China as the automotive supplier hopes to benefit from the country’s shift away from the combustion engine.

Bosch plans to build a facility in Suzhou in Jiangsu province to develop, test and manufacture car parts and automated-driving technology mainly for local automakers, the German manufacturer said Thursday.

“This is an important step on the way to future mobility in the world’s largest car market,” Chief Executive Officer Stefan Hartung said in a statement.

Bosch is extending its bet on China even as the German government has warned against over-reliance on the country after Berlin had to overhaul its energy policy following Russia’s invasion of Ukraine. At the same time, China remains the biggest market for EVs globally and homegrown manufacturers BYD Co., Xpeng Inc. and Nio Inc. are expanding rapidly.

Bosch, which employs around 55,000 people in China, said the new facility would focus on technology including silicon carbide power modules, a type of semiconductor, and integrated braking systems. The first phase of the new plant is scheduled to be completed by mid-2024.