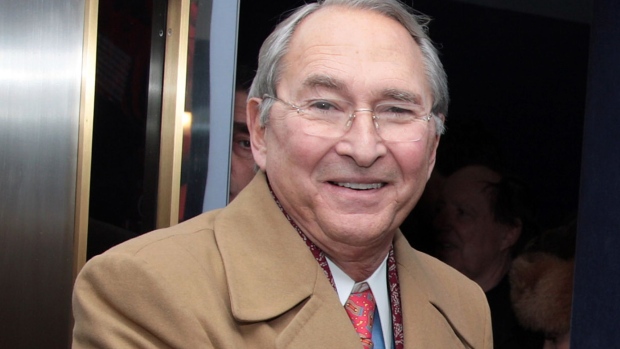 The young nobleman gazing out of the canvas may have been a member of the House of Medici, whose powerful patriarch raised taxes on the wealthy of Renaissance Florence. Now the 540-year-old painting, “Young Man Holding a Roundel,” by Sandro Botticelli, is saving millions in taxes for a 21st Century billionaire.

The painting was acquired almost 40 years ago for just over US$1 million by Sheldon Solow, the New York real estate tycoon, who plans to sell it for more than US$80 million in January at Sotheby’s. Normally, the windfall would result in at least a US$33 million capital gains tax bill. But because Solow routed the Young Man through his private foundation, he’ll owe a fraction of that amount -- and has already saved millions on his personal income taxes over decades.

The rich routinely employ such tax-planning maneuvers, which are perfectly legal, with assets from stocks to real estate. It may be the first time a major Botticelli has come up.

Stefan Soloviev, Solow’s son, said the foundation owns 99 per cent of the painting and will get the equivalent proceeds from the sale. His father has a plan on how the foundation will use the money, he said declining to elaborate.

Created around 1480, the canvas depicts a handsome young man with a small tondo of a saint in his hands. The identity of the subject is unclear, though he may have been a member of the Medici family, since Lorenzo de’ Medici was Botticelli’s patron.

The private operating foundation is registered at 9 West 57th Street, his iconic skyscraper in Manhattan that counts investment firms and luxury goods giant Chanel as tenants. Paintings by Basquiat, Miro and others could be seen over the years through the wall of glass on the ground floor of the building.

The billionaire plans to offer the painting in January, but he’s been mulling a sale for years, according to people familiar with the matter, regularly asking the auction houses to appraise the painting and submit proposals. The painting, meanwhile, has been on long-term loans to the National Gallery of Art in Washington, D.C. and the Metropolitan Museum of Art in New York.

The Old Master’s value has soared along with the global art market, boosted by the arrival of trophy-seeking hedge fund managers and newly minted titans from emerging markets. By 2015, the foundation owned 99 per cent of the painting, valued at US$84.2 million, according to its tax returns. That valuation remained unchanged through 2018, the latest available tax return.

A gift to a private operating foundation allows the donor to avoid paying capital gains taxes and claim a federal income tax deduction, according to Ralph Lerner, co-author of “Art Law – The Guide for Collectors, Investors, Dealers and Artists.”

In the decades since Solow bought the painting, the highest federal income tax rate ranged from 28 per cent to 50 per cent. The value of Solow’s fractional gifts of the Botticelli to the foundation amounted to US$60.15 million in 2018, based on the “book value” of the painting listed in its latest available tax return, Lerner said. That could have meant additional personal income savings for Solow, who’s worth US$3.7 billion and is renowned as a collector of modern and postwar art.

“He donated it and got a large deduction which sheltered his income,” Lerner said. “And now his foundation will have all this money tax-free while satisfying its charitable purpose.”

While this is good planning, Lerner said, donating the Botticelli to an institution would have been a nice gesture.

“I always like to see masterpieces go to a public museum,” he said.