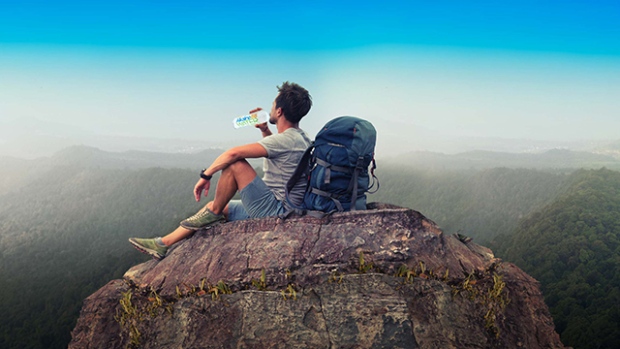 Driven by the healthy lifestyle movement, consumers are shifting from sodas to premium water brands. , Image courtesy of Market One Media

The numbers tell a compelling tale.

According to the International Bottled Water Association (“IBWA”) and the Beverage Marketing Corporation (“BMC”), bottled water was the top beverage in the United States by volume in 2016 and 2017. As a category, bottled water grew by 7 per cent in 2017, totalling 13.7 billion gallons consumed.

The bottled water trend has had a significant impact on the soda companies. BMC reports that consumption of soda in the United States has declined from 50 gallons per capita in 2000 to 37.5 gallons in 2017. Consumers are shifting their tastes to various types of bottled water.

Transparency Market Research estimates that the bottled water market will grow at a 6.44 per cent Compound Annual Growth Rate (“CAGR”) between 2017 and 2024, growing from US$199 billion to US$307 billion in those intervening years. Meanwhile, the soda titans are facing declining revenues. Coca-Cola has seen its sales decline from US$46.6 billion in 2013 to US$35.0 billion in 2017.

Shifting consumer tastes towards healthier alternatives has driven the bottled water industry to record sales, as sector growth outpaces GDP growth in the U.S. and Canada. In their race to reverse these trends, major brands like Coca-Cola and PepsiCo are scouring the marketplace for specialty beverage brands to acquire and promote. The most prominent example of this trend was Coca-Cola’s US$4.1 billion acquisition of Vitaminwater in 2007. Coca-Cola alone has acquired some 400+ brands over the last 15 years.

As investors attempt to play this trend, they too are on the lookout for the next “Vitaminwater” brand that can capture one of the beverage titans’ attention.

“Alkaline 88® just launched in Walmart in April in 4,600 stores. As we’ve built up our profile and our brand, we’ve had partners willing to do national rollouts.” — Aaron Keay, Chairman, The Alkaline Water Company

One brand to keep an eye on is Alkaline88®, the enhanced bottled water brand from The Alkaline Water Company (TSX.V: WTER) (“WTER”).

Market research firm Mintel has identified flavor and functional claims for bottled water as two key drivers of consumer preference. In its research, Mintel found that 48 per cent of bottled water drinkers are substituting flavored-waters for high-sugar drinks. Moreover, 49 per cent have an interest in bottled water with vitamins, and 29 per cent said that an “ideal” bottled water should contain minerals and “energy” enhancers.

Alkaline88® builds on healthier beverage trend with a water enhanced with trace minerals and electrolytes to a pH of 8.8.

WTER uses a proprietary electrolysis process that generates alkaline water that can support the benefits of an alkaline diet. Packaged in 500-millilitre, 700-millilitre, 1-litre, 1.5-litre, 3-litre and 1-gallon sizes, Alkaline88® is in the midst of a national mass-market expansion program. The company now has its products in 40,000 stores and all 50 states.

Aaron Keay, Chairman of The Alkaline Water Company, notes, “About six or seven years ago, the alkaline diet and Himalayan salts became health trends. There was an existing player in the space, but no one was doing a large bottle format, and we saw a chance to dominate that category. Now that’s opening up opportunities for our small bottle SKUs.”

WTER has placed Alkaline88® in 60 per cent of the top 75 U.S retailers and distributors, as ranked by Supermarket News. Those retailers include such household names as Walmart, Kroger, Albertsons, Costco, Whole Foods, and 7-Eleven.

As a part of the fastest growing non-alcoholic segment in the beverage market, Alkaline88®’s sales are growing by leaps and bounds. WTER has averaged 101 per cent annual sales growth since Alkaline88® first hit the shelves in 2013.

The company is forecasting sales of US$40 million in its 2019 fiscal year, an amount that would double the US$19.9 million in revenues it turned in during its 2018 fiscal year. With government taxes on sugary soft drinks and shifting consumer tastes crushing soda sales, Alkaline88® has benefited from these trends.

Growth is going to come from different places. According to Keay, “About 50 to 60 per cent of our growth in 2018 will be organic growth through the expansion of more SKUs. On top of that, we are adding a half dozen to a dozen new retailers each month. Alkaline88® just launched in Walmart in April in 4,600 stores. As we’ve built up our profile and our brand, we’ve had partners willing to do national rollouts.”

As WTER continues to grow its distribution network and as sales and market share grow, it may become a takeout target for a larger player.

With the titans like Coca-Cola and PepsiCo actively looking to add fast-growing brands to their portfolios, water brands like Alkaline88® are likely to catch their eye. Of course, that is a longer-term opportunity for investors in Alkaline88®.

Right now, WTER is focused on increasing its share of shelf space on U.S. retail shelves. To that end, the company recently announced the expansion at one of the six manufacturing facilities with co-packer White Water in Phoenix, Arizona. According to White Water President Chris White, “Our new facility is over three times larger than our prior plant and will allow us to double our annual production of Alkaline88®.”

As Alkaline88® appears in over 40,000 retailers throughout the U.S., The Alkaline Water Company’s (TSXV: WTER) chances of attracting the attention of a larger player should grow proportionately.

Keay elaborates, “We’ve got a good loyal group of investors, but I think all brands aspire one day to become a tuck-under brand with one of the majors. As we approach US$30–40 million in sales, I think the dialogue with larger players will increase and the terms will be more favorable for our shareholders.”