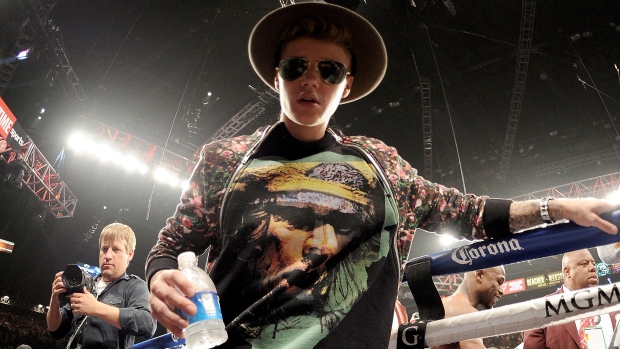 (Bloomberg) -- Rumble Fitness LLC, the New York-based workout class company with celebrity customers including Justin Bieber and Selena Gomez, is looking to raise a significant amount of money from venture capitalists, according to three people familiar with the plans.

One person said that the company had been seeking almost $200 million in funding at a nearly $500 million valuation. All three people asked not to be identified because the details are private. The company did not respond to requests for comment.

Rumble’s latest financing signals a speedy ascent for a startup that opened its doors just two years ago, offering group fitness classes under the brand Rumble Boxing. But with a loyal clientele prepared to pay as much as $36 per class, and plans for a rapid expansion, Rumble is attracting interest from venture investors, one person said. Its fast-paced classes, with lighting and music that wouldn't be out of place in a nightclub, fit into the exercise-as-entertainment trend that has fueled the growth of businesses such as Tough Mudder Inc. and SoulCycle Inc.

The fitness industry has recently attracted significant amounts of venture capital and private equity cash. ClassPass Inc., which allows members to book classes at a variety of studios through its app, has raised over $200 million from investors including Alphabet Inc.'s GV. Peloton Interactive Inc., which makes an internet-connected exercise bike, has raised about $1 billion from investors such as True Ventures and Kleiner Perkins. Fitness-scheduling software company Mindbody Inc. agreed to be acquired by Vista Equity Partners last month for $1.9 billion.

To contact the editor responsible for this story: Anne VanderMey at avandermey@bloomberg.net, Mark Milian