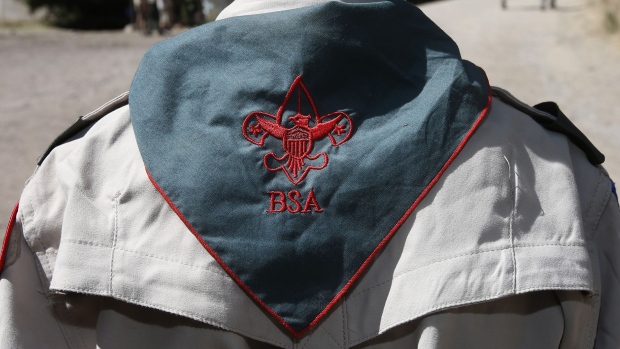 (Bloomberg) -- The Boy Scouts of America’s sexual abuse compensation fund may force insurers to make payments they can’t negotiate over, even if the claims are fraudulent, a group of the companies argued in court.

Insurers, including American International Group, Liberty Mutual Insurance and Travelers Casualty and Surety, began their case against the biggest-ever compensation fund for abuse victims by presenting an academic on Tuesday who argued the plan creates a “moral hazard” for insurers.

Proposed rules for paying victims take away the right of insurance companies to defend themselves and remove any incentive for the Boy Scouts to fight for reduced payout, said Scott Harrington, a professor of insurance and risk management at the University of Pennsylvania’s Wharton School.

Insurers were excluded from a key round of negotiations in which the plan was put together by the Boy Scouts and advocates for as many as 82,000 sex-abuse victims, Harrington told U.S. Bankruptcy Judge Laurie Silverstein during the trial, which is being held by video.

“It seems like what we have is a situation with parties that can design a plan that can increase the size of the pie that can be divided between them,” at the expense of insurance companies, Harrington testified.

The companies were stripped of their rights in order to win more support from lawyers representing victims, the insurers said in court filings.

On Monday, the insurers played video of a consultant who studies sexual abuse. A “substantial number” of the 82,000 claims that have been filed are fraudulent, according to that consultant, Jon Conte.

After the Boy Scouts filed bankruptcy in 2020, victims’ lawyers began an advertising campaign to recruit clients. That helped boost the total number of abuse claims from about 1,400 at the start of the bankruptcy to the 82,000 the youth group faces now.

The Boy Scouts have spent the last two weeks in federal court in Wilmington, Delaware trying to convince Silverstein to approve the trust fund, which is the central feature of the group’s reorganization plan. Under the proposal, all current abuse cases would be handled by the trust, which has elaborate rules to decide how much each victim should receive.

The $2.7 billion trust is funded by a different group of insurers, the Boy Scouts and some church groups. Earlier this year, the last major victim groups cut a deal with the Boy Scouts to back the trust fund.

The Boy Scouts, based in Irving, Texas, filed bankruptcy in 2020 in order to resolve abuse lawsuits. At the start of the case, the organization faced a few thousand claims. That number rose to more than 80,000 as advocates encouraged victims to come forward.

The plan is also opposed by the U.S. Trustee, a federal bankruptcy watchdog, which argues that too many groups and individuals are being released from liability. Other objectors include a Roman Catholic organization and a handful of individual abuse victims.